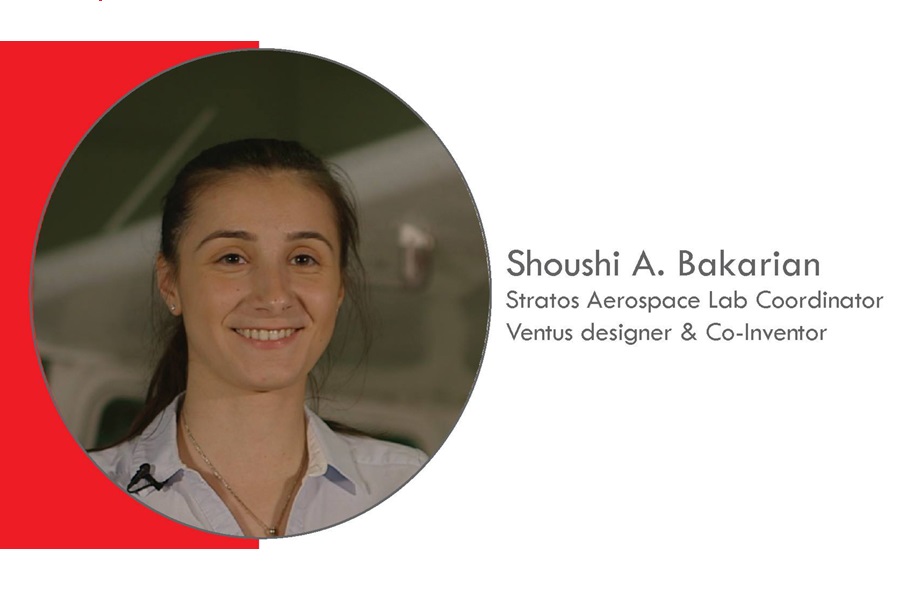 Shoushi Bakarian is a Syrian-Armenian refugee to the ongoing conflict in Syria who was granted permanent residency in Canada in early 2016. Born and raised in Aleppo, her life changed for ever when the conflict reached her home town. Regardless of the conflict, Shoushi continued her studies and finished grades 11 and 12 with flying colors in a city that had no running water or electricity. For Shoushi, excelling in her studies was her own way to survive and forget the harsh living conditions. Upon her arrival to Canada, she enrolled in Aerospace Engineering at Concordia University where she fell in love with aviation and renewable energy propulsion systems. She is an inspiration and a beacon of light to the people around her and those who cross her path. Her passion for aerospace STEM education and enthusiasms to pass on her knowledge to the next generation of aviation professionals in commendable.

Earlier this year Shoushi discovered Stratos Aviation a non for profit association located in Dorval on Ryan Avenue which advocates careers and opportunities in aerospace to the next generation of aviation professionals through STEM education and pilot training. She quickly climbed the ranks and today at the young age of 21she is one of the administrators of the association. Stratos Aviation is a multidisciplinary environment with a hands-on approach to educate and promote all aspects of aviation.
In the early months of the summer she spearheaded the opening of the Stratos Aerospace Lab (S.A.L.) an environment to encourage and promote aviation and aerospace engineering development for student engineers, entrepreneurs and creative minds. The lab and its resources are free to use for anyone involved in an ongoing research and development project. All products created and brought to life through S.A.L. are marketed through the Stratos Aviation social entrepreneurial initiative where profits are distributed as education grants to students pursuing STEM related studies in aviation and aerospace in Canada.

On August 15th 2018 the Stratos Aerospace Lab will be launching and pre-selling Ventus exclusively on Kickstarter (https://goo.gl/aBxbRm). Ventus, designed for small general aviation aircrafts from the Cessna family will provide a 5V USB current to charge cells phones, tablets, GPS units and other navigation aids as well as cooling down the cabin by 3-5 degrees Celsius using only renewable energy, air. Ventus is the perfect wedding between transforming mechanical energy into a 5V curent using a micro generator and fluid dynamics lowering the cabin’s temperature using venturi effect principals. These features are combined in a 6” tube which fits in the aircrafts ventilation system without any modification or installation necessary. To appeal to the general public as well, an outdoors version of Ventus was created to stay connected wherever you go.