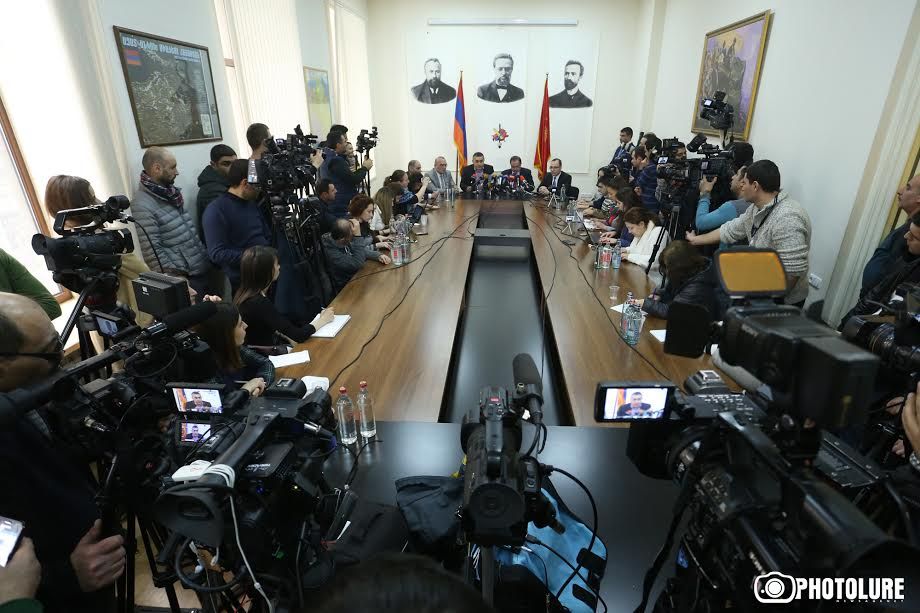 Vardanyan noted out of the 150-person list, 45 of the candidates are not ARF members.  He also mentioned that justice and fairness is essential in order to produce the most effective results.

Vardanyan noted that the ARF expects a large percentage of votes and sizeable representation in the National Assembly. He also expressed the possibility of forming coalition after the election and explained that they are not enemies with anyone in the country.

“We cooperate and work with everyone,” added Vardanyan.

Vardanyan then noted that the cooperation with the ruling Republican Party of Armenia (RPA) is long term, but that also depends on the upcoming election results. “There are very few forces that try to attack us. Since they know that our presence is both within and outside the country, they keep a balanced relationship,” said Vardanyan.

During the press conference, Rustamyan stressed that the elections are crucial for both Armenia and for the party to implement their goals and initiatives.

“These elections will help us complete all the programs and plans we have started in the last several years,” said Rustamyan while talking about the programs initiated by the ARF.

Rustamyan said that the discontent among the Armenian people would continue if certain problems were not addressed. “We expect to bring a new kind of government that is ready to solve all the problems that have accumulated,” Rustamyan said.

The ARF has begun a process that must be completed with a heavy ARF presence within the National Assembly, according to Rustamyan. The ARF representatives explained that the party’s well-represented and young team is ready to take on the problems of the country and make the goals ARF’s goals a reality.

“There is no one on our list who is participating for personal ambitions,” said Vardanyan. “Instead, they prioritize ensuring that the ARF has a strong voice.”

Vardanyan also commented on the party’s disapproval of bribery during elections. “We don’t expect to receive votes from people who accept bribes and who constantly express discontent. We expect that citizens of the country who are thoughtful, understanding, and who want to remain in this country and change something in this country to vote [for the ARF],” Vardanyan said.