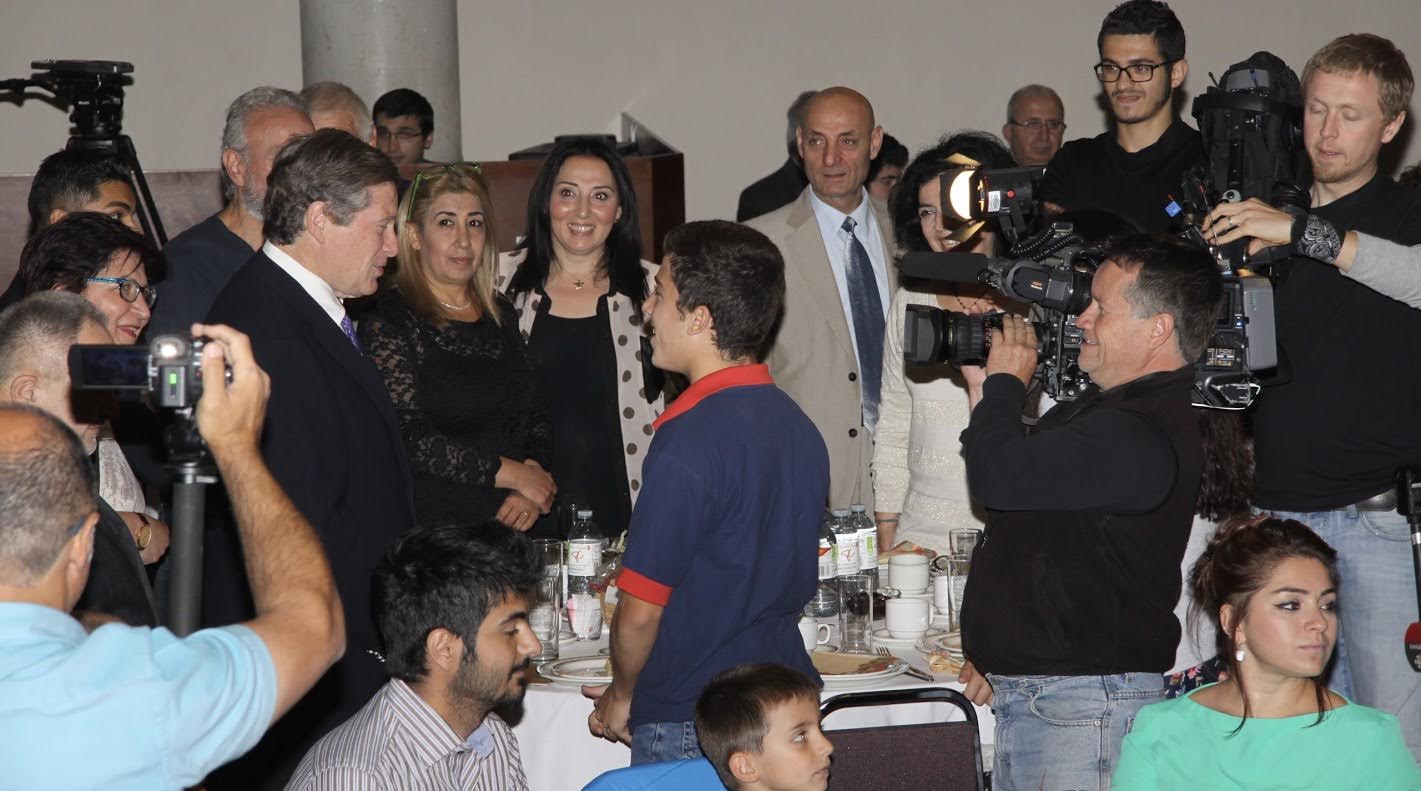 October 9, 2016, was a memorable day for Armenian Family Support Services and more than 200 Syrian/Iraqi Armenian newcomers.  It marked the very first celebration of Canadian Thanksgiving, la journee de l’Action de grace a la canadienne, or “Kohapanoutian Or,” (in Armenian) for our newcomers.

The excitement in the air and the flashing cameras made it seem like a Film Festival with everyone in the Organizing Committee as well as our Board members performing flawlessly on the red carpet. It gave us a feeling of extreme satisfaction to know that we had record-breaking attendance by senior government officials including: Toronto Mayor, John Tory, Mitzie Hunter the Minister of Education, Zubair Patel, Senior Special Assistant, Office of the Minister of IRCC, Salma Zahid, MP for Scarborough Centre, John McKay, MP Scarborough – Guildwood, Arnold Chan, MP for Scarborough- Agincourt provided us with his greeting letter, Raymond Cho, MPP for Scarborough-Rouge River provided a letter of greetings

One of AFSS’s main goals is to provide end-to-end services for our newcomers. We are involved in every step of the process, from completing the application for sponsorship to greeting the newcomers at the airport, registering them, working with them around their language, employment, schooling, coaching needs and much more. We are also eager to instil our beautiful Canadian values into the lives of our newcomers. A traditional Canadian Thanksgiving meal complete with turkey and fixings was the perfect introduction to a well-loved Canadian tradition. The Thanksgiving Luncheon was held at the Holy Trinity Armenian Church. Rita Odjaghian, Chair of AFSS and Master of Ceremonies addressed the guests in English, French and Armenian and talked about the meaning of the Canadian Thanksgiving Holiday. This was a great opportunity for our newcomers to express their gratitude to our beautiful country of Canada which opened its arms and allowed them to leave their hardships behind and begin their new lives with dignity, peace and hope.

Everyone stood up and shouted, Thank you, Merci and Shnorakal yenk Canada!

Mayor John Tory greeted the newcomers in Arabic and called them “Superstars.” He shared his insightful message with the audience. Every one of the dignitaries then came up on stage to deliver their heartfelt message.

Annie Demirjian, AFSS Board Member, talked about our strategy and the quality of our services. Then Houry Aznavourian, member of the HTAC Parish Council, read a letter of greetings from Reverend Archpriest Father Zareh Zargarian who was in Armenia. Father Datev blessed the food and everyone enjoyed a great traditional turkey meal.

It was humbling to witness government officials chatting with the newcomers at every table. They asked a few of our newcomers to share their experiences in Canada. The interviews were broadcast on CTV, City TV, CP24, Global and CBC.

Syrian Armenian singer Mher  Minassian, sang a few songs as all attendees danced in a show of happiness and thankgiving.

The event ended with smiles, happiness and joy.  As the newcomers to our community made their way to the buses they were full of praise about the luncheon.

It worth noting that the event as well as all AFSS programs and services are funded solely by private donations and the direction of a volunteer Board of Directors.