AGBU Toronto matching gifts up to $20,000 to camp for children of fallen and injured soldiers 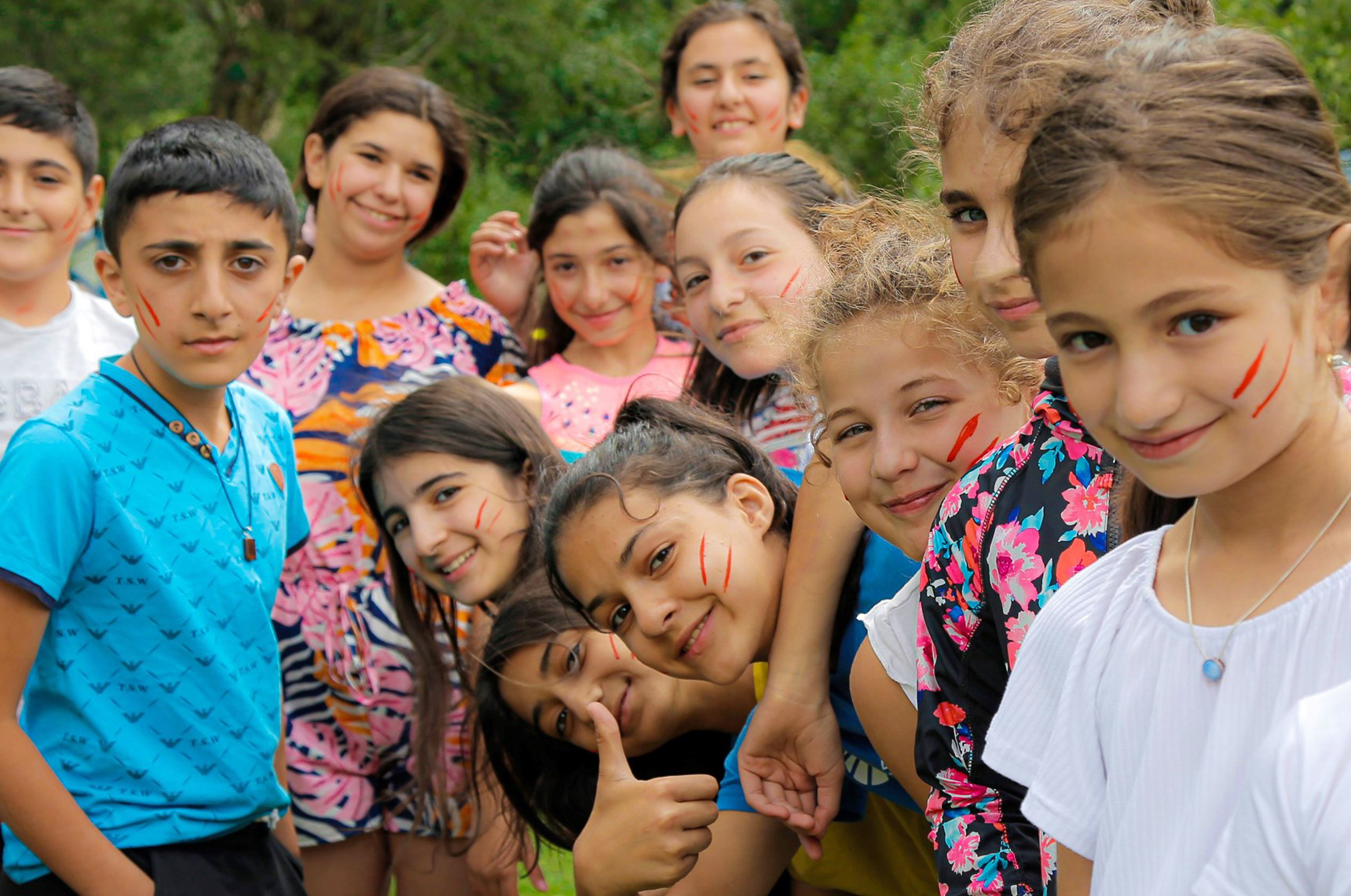 Launched in August 2021, The Armenian General Benevolent Union’s (AGBU) Camp Nairi program prepares to welcome campers for the second consecutive year. The camp, specifically organized for the children of fallen and wounded Armenian soldiers, is one of several valuable initiatives the 116-year-old organization put into motion during and following the 2020 Artsakh War.

The camp’s first installment, which took place last summer and was sponsored by AGBU Toronto, hosted more than 200 campers. There, they enjoyed all the benefits of a summer camp while receiving the support and care they needed through specialized programming and professional care from social workers and psychologists.

With the camp’s second session planned for this summer, and an estimated 160 returning campers, AGBU Toronto is asking its members, supporters, and the wider community to donate to the worthy cause. And to encourage donations, AGBU Toronto will match gifts up to a total of $20,000.

We spoke with AGBU Toronto Executive Director Salpi Der Ghazarian to learn more about the program and the fundraising campaign.

Torontohye: The worldwide AGBU network organized several initiatives and projects during and following the 2020 Artsakh War. How was the idea of AGBU Camp Nairi conceived?

Salpi Der Ghazarian : AGBU assisted over 100,000 people impacted during the 2020 Artsakh War by distributing food and supplies, offering trauma counseling, and providing temporary shelter for displaced Armenians, among other relief programming. We quickly expanded our response to include more long-term solutions not only to help restore the socioeconomic welfare of the region but also to address the lasting traumatic effects of the war on the people of Artsakh.

Among the victims of the 2020 Artsakh War are countless children who were not only uprooted from their homes but also suffered the blows of losing a parent or sibling or seeing loved ones come home severely injured or disabled. Camp Nairi is one way we can help these kids reclaim their childhood and process what they’ve been through in a healthy way.

TH: And what exactly does Camp Nairi offer?

SDG: Camp Nairi offers a safe and supportive sleep-away retreat filled with confidence-building activities. With exceptional programming led by certified psychologists and the presence of welcoming clergy in addition to the approachable camp staff, Camp Nairi provides children with top-quality care with ample outlets for self-expression and much-needed healing.

Now preparing for its second year, it’s clear that the support services provided by Camp Nairi are invaluable. Mitigating the trauma of a new generation of children of war—especially in a country that still struggles with access to mental health and wellness programs and professionals—is no small feat. But despite some challenges, Camp Nairi is making a positive impact.

Its idyllic outdoor setting helps put the campers at ease upon arrival. Camp Nairi is nestled in the hills of Hankavan in the region of Kotayk in the north of Armenia. With three dormitories, a refectory, an infirmary, soccer fields, an outdoor swimming pool, a basketball court, and an amphitheatre, there is no shortage of world-class amenities available for the children to enjoy.

TH: AGBU Toronto sponsored one of the two sessions in the inaugural summer 2021 program. What were some of the successes of last year’s camp?

SDG: The inaugural summer of Camp Nairi was incredibly successful, with a total enrollment of 200 campers over two 10-day sessions. We are so grateful for the Toronto community’s support—for making it possible for more children to benefit from this camp. The first-class camp facilities and the enthusiasm and dedication of the Camp Nairi staff made for such a successful summer that we had to expand our program for 2022 to meet the demand.

Following last year’s sessions, Keghani, one of the psychologists at the camp, explained that most of the children had been taught by their parents to hide and even repress their emotions. However, she said that by creating a safe and trusting environment, they learned how to acknowledge and cope with their feelings and were able to make sense of the sacrifice made by their fathers and brothers.

It’s also important to note that Camp Nairi’s programming extends past just the summer months. To build upon the impact initiated at camp, AGBU is dedicated to supporting these children throughout the year by bringing them back together for special programming such as holiday events, providing aid when needed, and ensuring continued access to therapy services.

TH: AGBU has announced that there will be approximately 160 children participating this year. Are many of them returning campers?

SDG: Most of the campers, who all range from seven to 13 years old, are returning for a second year. About half of them are from Armenia and the other half from Artsakh. Camp Nairi has been expanded this summer: we are going from two 10-day sessions to two two-week sessions.

TH: How can the community participate in the campaign?

SDG: As you know, AGBU Toronto will match donations up to $20,000. The community’s support will help ensure that we can provide the best experience for the children, all while helping re-build hope.

Those who wish to donate can kindly send their tax-deductible gifts: