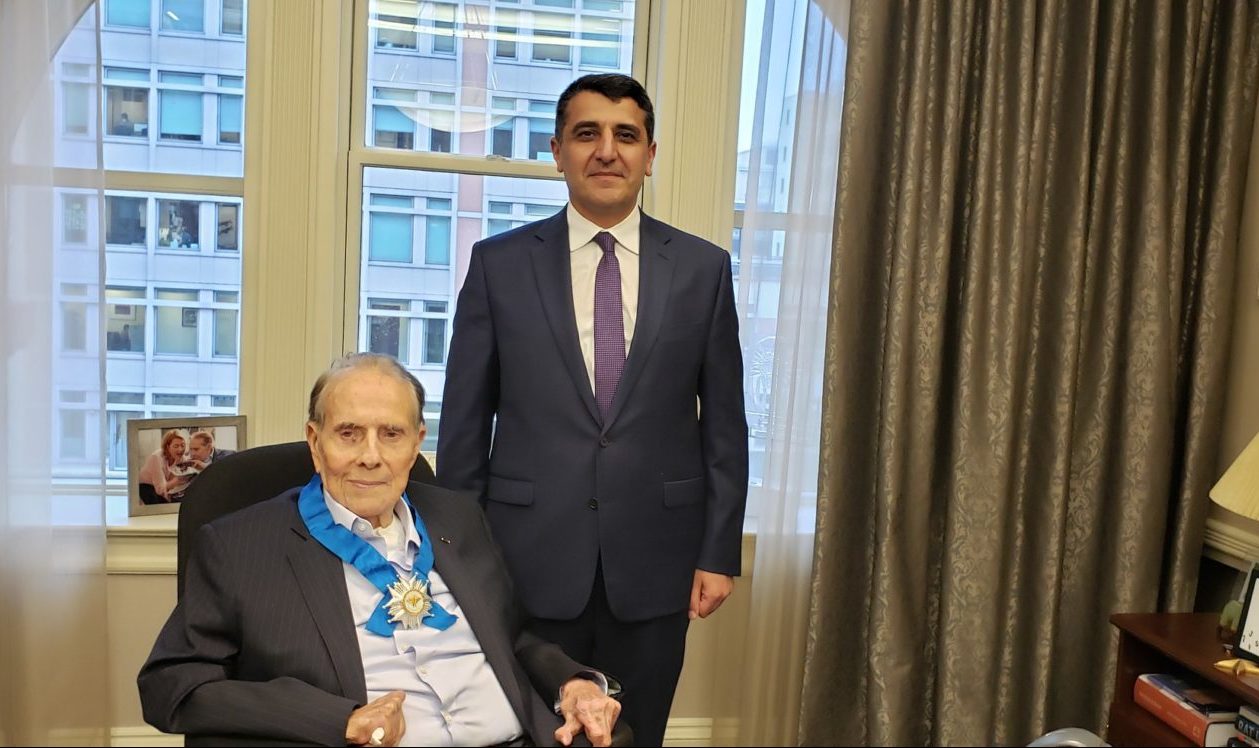 (Armradio)- Armenia’s Ambassador to the US  Varuzhan Nersesyan met with prominent US statesman, former Senator and great friend of Armenia and Armenians Bob Dole on December 17.

On behalf of the President and Prime Minister of the Republic of Armenia, Ambassador Nersesyan passed their greetings and the best wishes and handed over the “Order of Honor” bestowed on Senator Dole for his considerable contribution to the development and enhancement of the friendly relations between Armenian and the USA.

Ambassador Nersesyan expressed profound gratitude to Senator Dole for his tireless efforts in the 1980-90s for the recognition of the Armenian Genocide, which in turn contributed to the recent adoption of resolutions H.Res. 296 by the House of Representatives and S.Res. 150 by the Senate. Senator Dole noted that he was satisfied with such an impressive outcome of the long fight for justice. Reminiscing his great friend, Doctor Hampar Kelikian, who saved his life during the WWII, Senator Dole underlined that he was always proud of his friendship with Armenians and Armenia.

Ambassador Nersesyan told the Senator about the recent wide-scale democratic reforms in Armenia and the positive dynamics in Armenia-US relations following the Velvet Revolution. He also informed Bod Dole about the cooperation with his native State of Kansas, particularly between the Kansas National Guard and Armed Forces of Armenia. Senator Dole expressed his readiness to assist in these endeavors.