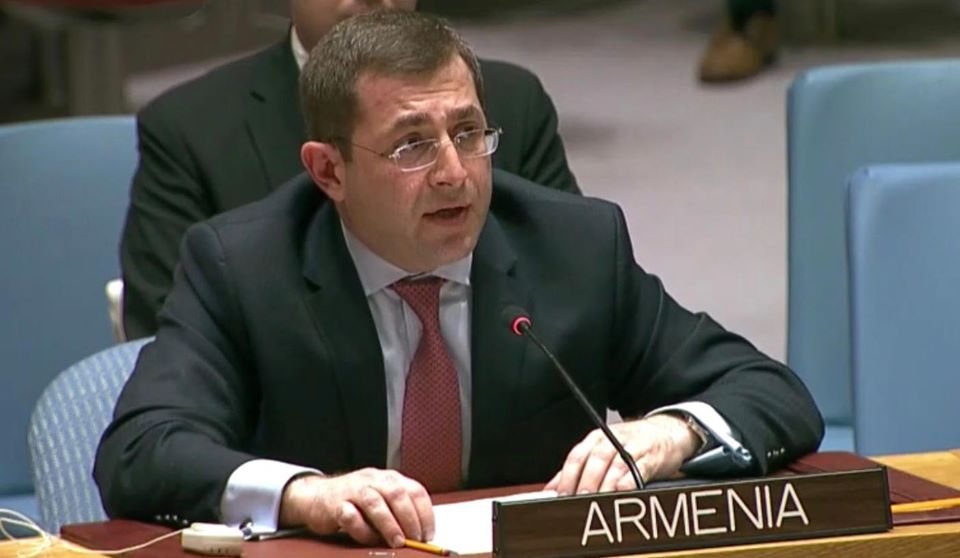 (Armradio)- Armenia bears special duty to promote prevention of the crime of genocide, Armenia’s Permanent Representative to the UN Mher Margaryan said at a UN Security Council Open Debate on “The role of reconciliation in maintaining international peace and security.”

“As a nation, which has witnessed the horrors of genocide in its own historic homeland and continues to face the challenges of denial and justification of the past crimes, Armenia bears special duty to promote prevention of the crime of genocide,” he stated.

“Derogatory statements, aimed at justifying the genocide by means of denigrating and insulting the dignity of the victims and qualifying it as “the most reasonable act”, deepen misunderstanding and distrust and make the genuine reconciliation and dialogue even harder,” Margaryan said.

He attached importance to the recognition and condemnation of the Armenian Genocide  for serving truth, historical justice and reconciliation.

“It is essential for the entire international community and particularly the potential victims of the identity-based crimes, those people, who are vilified simply because of their ethnic and religious origin,” the Ambassador noted.

Mher Margaryan reiterated Armenia’s commitment to advancing prevention agenda, also through education and awareness-raising of gross violations of human rights and identity-based discrimination against all groups and peoples that if not addressed can lead to mass atrocities and genocide.

“It is through acknowledging the truth, commemoration and tribute to the dignity of the victims of past crimes that we can pave way for genuine reconciliation and sustainable peace,” he concluded.