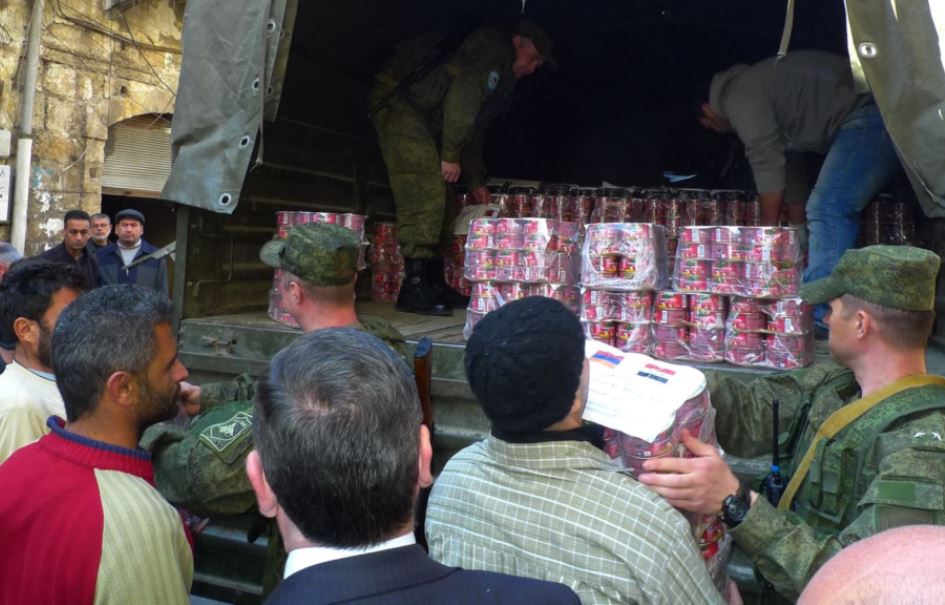 (Azatutyun)-Armenia will engage in a humanitarian mission in Syria by sending mostly doctors and engineers, according to a senior Defense Ministry official in Yerevan.

Following his talks with Russian President Vladimir Putin in Moscow on September 8 Prime Minister Nikol Pashinian announced a joint Armenian-Russian humanitarian program for Syria, but did not disclose any details.

In an interview with RFE/RL’s Armenian service (Azatutyun.am) on Tuesday Deputy Defense Minister Gabriel Balayan said that the Armenian mission will be operating in the war-torn Middle Eastern country within the framework of a 2015 UN Security Council resolution and an intergovernmental agreement with the Syrian government.

As for the mission, Balayan said that Armenian medics and engineers will help civilians in Aleppo, including ethnic Armenians living in this Syrian city.

“At the request of the Syrian government we will be sending specialists who will try to be of help to civilians,” the Armenian deputy defense minister said, adding that Armenian sappers will help demine and destroy self-made mines that have been stockpiled in Aleppo.

Aleppo was home to the majority of an estimated 80,000 ethnic Armenians who lived in Syria before the outbreak of the conflict in 2011. Tens of thousands of Syrian Armenians fled their homes since the start of hostilities in the Arab republic. Many of the displaced Armenians took refuge in Armenia.

Speaking in Yerevan on Tuesday, Armenian Foreign Minister Zohrab Mnatsakanian also confirmed that Armenian specialists in Syria will be involved “exclusively in the humanitarian context of security.”

“The security of Armenians living in Syria is one of the major issues on our agenda,” the top Armenian diplomat stressed.

In recent years the Armenian government sent several planeloads of humanitarian assistance to civilians in Syria. The relief was delivered to the war-torn country by Russian transport planes.

Russia, which has helped Syrian government forces to restore control over much of the country’s territory, has been seeking greater Western involvement in the reconstruction of Syria. The United States and its allies, however, are tying reconstruction assistance to a process that includes UN-supervised elections and a political transition in Syria. Washington blames Syrian President Bashar al-Assad for the country’s devastation.