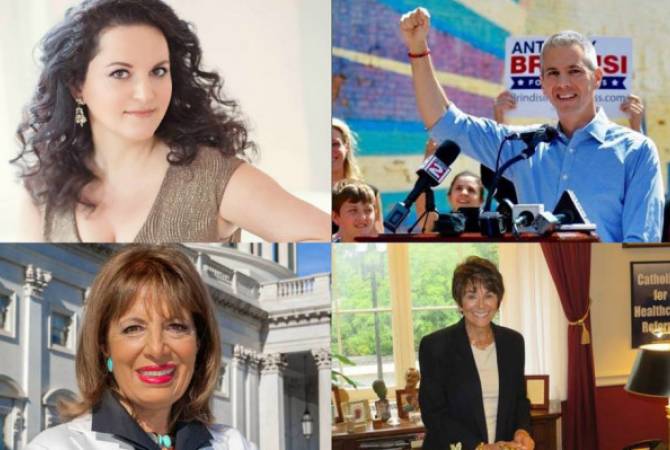 “Armenpress”- According to preliminary results of the US midterms, four Armenian-Americans have been elected and re-elected to Congress.

“With the victory tonight of the Anthony Brindisi For Congress campaign, the upstate New York Democrat will join Congresswoman Anna Eshoo and Congresswoman Jackie Speier in the U.S. House of Representatives”.

Anna Astvatsaturian Turcotte was re-elected to the Westbrook City Council in Maine.

“Anna, a refugee who, along with her family, fled the Baku pogroms against their Armenian population in the late 1980’s, is an internationally respected advocate for Artsakh freedom. This will be Anna’s second term in office”, ANCA said.

A number of others who were endorsed by the Armenian National Committee of America (ANCA) has also been elected to office. Bob Menendez was re-elected to Congress.

“ANCA endorsed Congressman David G. Valadao wins re-election and will be returning to the U.S. House, where he serves as Armenian Caucus Co-Chairman and has championed the U.S. aid program to Artsakh.