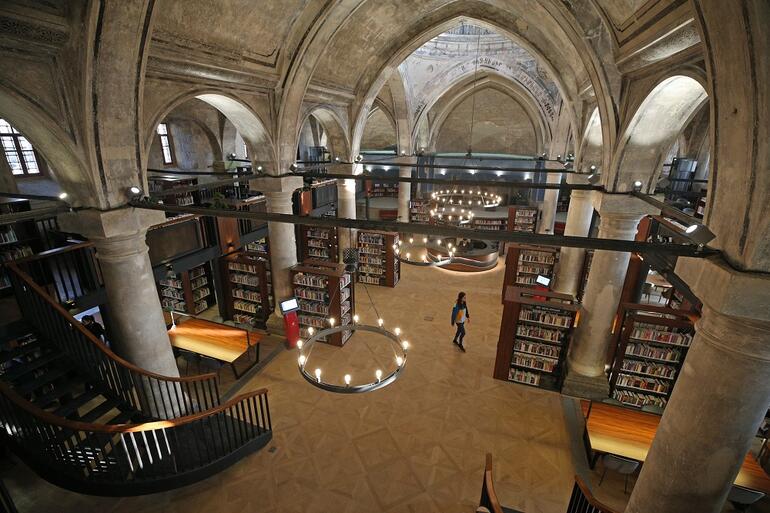 The interior of Surp Asdvadzadzin church remodelled as a library

(Armradio. Hurriyet Daily News)- The Armenian Church of Surp Asdvadzadzin  (Holy Virgin Mary) in Kayseri (Caeserea) has been reconstructed and turned into a library by the municipality.

The church, reopened on Jan. 15, attracting many attention on its first day by bookworms and students, who were in need of a working space for their lectures.

Erkan Küp, the director of libraries of the municipality, said that the library has nearly 50,000 books.

Sources do not indicate the date of its construction, but it is stated that the church was built in the 1800s with the contributions of Hacı Garabed Zartaryan.

The church had functioned until World War I and then served as a depot, municipality and police station. It was assigned to the Youth and Sports Ministry in 1961.

Used as a sports center, the structure had been neglected and handed over to the Kayseri Municipality with a protocol in 2012 for 25 years.