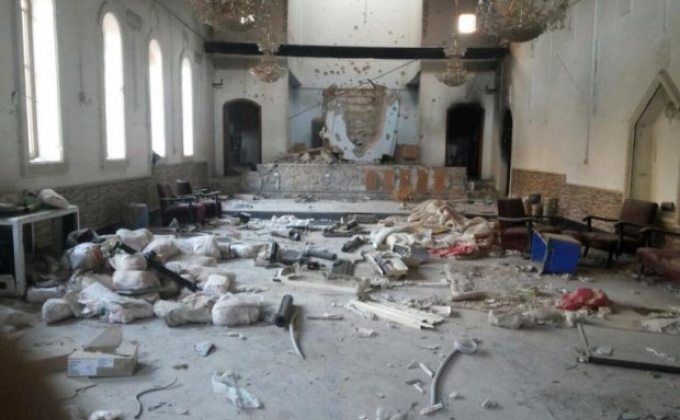 (Armradio)- Armenians have settled in Mosul, the second largest city of Iraq, since ancient times. There are facts to support this, including the manuscript Book of Sermons (1352) entitled “Book about the City of Mosul by Priest Manuel” (Karin List, 2206). Consequently, it is safe to conclude that Armenians had settled in Mosul in the 14th century, had a spiritual pastor, and might have even had a church.

As pastor of Zakho, Father Mambre Hmaiagian told Hayern Aysor, today there are two Armenian churches in Mosul that have been destroyed by terrorists.

The oldest of the churches is the Holy Etchmiadzin Church, construction of which ended on June 7, 1857. It was one of the most beautiful churches of the Armenian Diocese of Iraq, but was destroyed by ISIS due to the events that took place over the past couple of years. According to information provided by the Muslim families living in the vicinity of the church, the church was used as a court, and the Prelacy located in the churchyard – as a prison (if you look closely in the photos, you will see that the windows are closed with metal bars).

Currently, the city is liberated from terrorists, but the road leading to the church has been completely bombarded, and it is impossible to reach the church by car or foot. Recently, Chairman of the District Council of Mosul, Antranig Kulizian managed to reach the church. Accompanied by soldiers, he reached the church through holes in homes that the terrorists had dug to move freely and without any harm. According to Kulizian, there were bodies of ISIS terrorists in the churchyard.

The other church is a newly built church. The church hadn’t even been consecrated and named when the attacks began. It is also destroyed. Whereas the area near the Holy Etchmiadzin Church was used, as a result of which the walls remain standing, terrorists have tried to destroy the newly built church several times with the use of explosives, but since the church was newly built and had a strong foundation, the terrorists couldn’t achieve their goal.