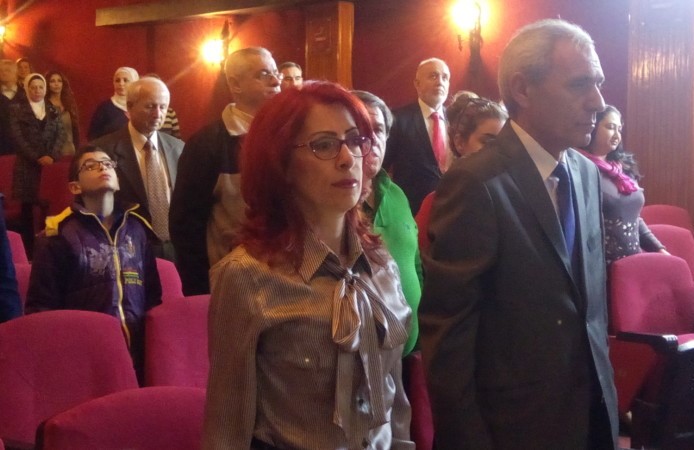 (Armradio)- An open screening of the Armenian Genocide film “The Promise” was held at Al-Kindi Cinema in Damascus. Attending the event were Armenia’s Ambassador to Syria Arsahak Poladyan, Chairmperson of the Syria-Armenia Friendship Group in the Syrian Parliament Nora Arissian, Syrian Cinema workers, religious leaders, journalists and representatives of the Armenian community.

Ambassador Poladyan briefed the audience on the Armenian Genocide and referred to the policy of hatred towards Armenians in the Ottoman Empire. He drew attention to present-day Turkey’s anti-Armenian stance and its policy of denial, noting that the Armenian Genocide recognition has entered a new stage despite Turkish provocations.

The Ambassador noted that the 100th anniversary of the Armenian Genocide was a message to the civilized world and attached special importance to the liturgy in Vatican and the Pope’s visit to Armenia.

Arshak Poladyan said any dialogue with Turkish authorities on Armenian Genocide is impossible unless Turkey stops attempts to deny the facts, distort the reality and turn it upside down.

The screening of the film was followed by a discussion.

How Armenia’s Winemaking Heritage Is Being Rejuvenated: The Spectator