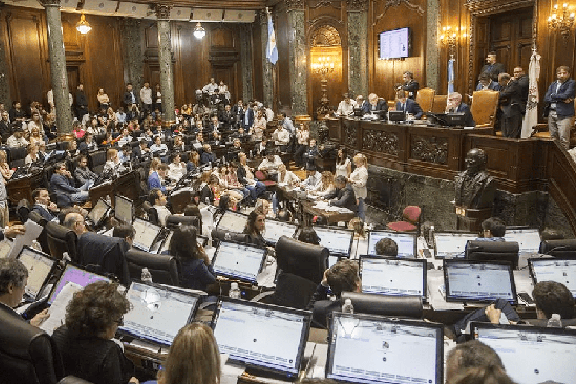 The Buenos Aires City Council voted 54 to 2 to grant permission for the museum.

(Estacao Armenia)- The Buenos Aires City Council has given the green light to the construction of an Armenian Genocide Museum in the city.

The city council voted 54 to 2 last week to approve the measures, which will enable the Armenian Genocide Memorial Foundation to build what it called a “Museum of Armenian Memory, History and Culture.”

The property is located on Gurruchaga Street, very close to heart of the Armenian community in the suburb of Palermo.

The city granted the building to the foundation for a period of 30 years, with a possibility to renew.

The resolution aims “to promote the creation of a museum that maintains the contribution of the Armenians to the social construction of Argentina. Thus, an archive of the history of the Armenian presence in Argentina will also be created.”

A library and archive of Armenian genocide is also expected to be created.

Argentina was one of the first countries to recognize the Armenian Genocide. In September 1987, Argentina’s President Raúl Alfonsín described the massacre of a million and a half Armenians at the hands of the Turks between 1915 and 1923 as genocide.

Two decades later, in 2007, Argentina declared April 24 as “Day of action for tolerance and respect among peoples” in remembrance of the Armenian Genocide.