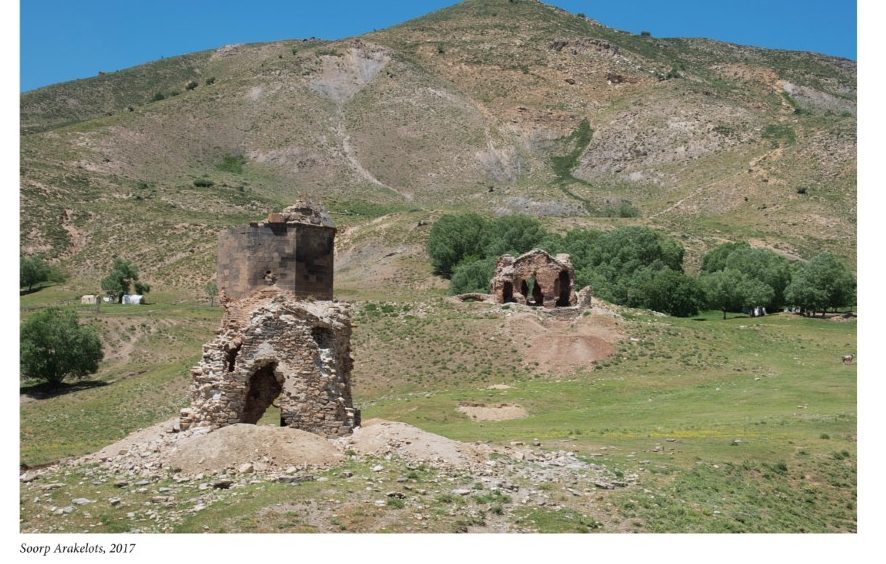 Soorp Arakelots, in the region of Mush, as it appeared in 2017.

Tribute to Ancient Armenia with Historical Insights and Breathtaking Photography

Matthew Karanian is well known for his stunning photography books on Armenia, the Caucasus, and eastern Turkey. His latest work, “The Armenian Highland”, is his magnum opus, bringing together his signature breathtaking photographs, historical insights, and gorgeous maps from the late great scholar Robert Hewsen.

Dedicated to his parents, Mr. Karanian’s impressive volume is at once a historical reference book, an art book (if not itself a genuine work of art), and a travel guide to the region.

The title “The Armenian Highland” reflects perfectly Mr. Karanian’s intent in creating a book such as this, which brings together aspects of his previous work with both historical western Armenia (today eastern Turkey) and historical eastern Armenia (today the post-Soviet Armenian Republic). A vast geographic plateau, the Armenian Highland stretches across this territory, encompassing both eastern and western halves in what was once the historical Armenian kingdom.

The section on historical eastern Armenia focuses on the first Armenian Republic, established on the territory of former Russian Armenia in 1918, amid the tumult of the Russian Civil War. The remainder of the work then focuses on historical western Armenia, which was tragically cleansed of its Armenian inhabitants as a result of the Armenian Genocide of 1915.

The inhabitants of these territories today are Kurds, who are engaged in a struggle for self-determination against the Turkish state, as well as communities of hidden Armenians. This portion of the book is essentially a greatly expanded and enhanced version of Mr. Karanian’s earlier “Historic Armenia” with more historical insights and images as well as entirely separate sections on Ani, Kars, and Diyarbakir.

As expected, his photography here is superb, especially the sublime shots of the magnificent Ktuts Monastery at Lake Van (which was featured on the cover of his previous book).

The sections of greatest interest to me are those dealing with Ani and Kars, areas that had been part of Russian Armenia and then the First Armenian Republic, but which were annexed by Turkey from the First Armenian Republic in 1920, thus leaving them on the “western” side of the border. I was pleased to assist Mr. Karanian with the Kars section of the book, particularly those portions dealing with Mount Ararat, the nearby village of New Akhury, Friedrich Parrot and Khachatur Abovian’s celebrated visit in 1829, and the shifting political boundaries in the area of the Ararat plateau.

This revised version now includes greater discussion of New Akhury and the Armenian khachkars in its vicinity – the only trace of the Armenian population of the original Akury, destroyed in a devastating earthquake in 1840. New Akhury (today known as Yenidoğan) was founded afterwards and reestablished as a Kurdish settlement.

Overall, with its lush photography, rich history, and gorgeous maps, Mr. Karanian’s book is a magnificent achievement and a great tribute to the historical Armenian plateau. It is a must-have resource for any student or scholar of Armenia and the region.

‘The Armenian Highland: Western Armenia and the First Armenian Republic of 1918’ (Stone Garden Press, Pub. 2019), is available directly from the publisher at  www.HistoricArmeniaBook.com as well as from Amazon and bookstores.