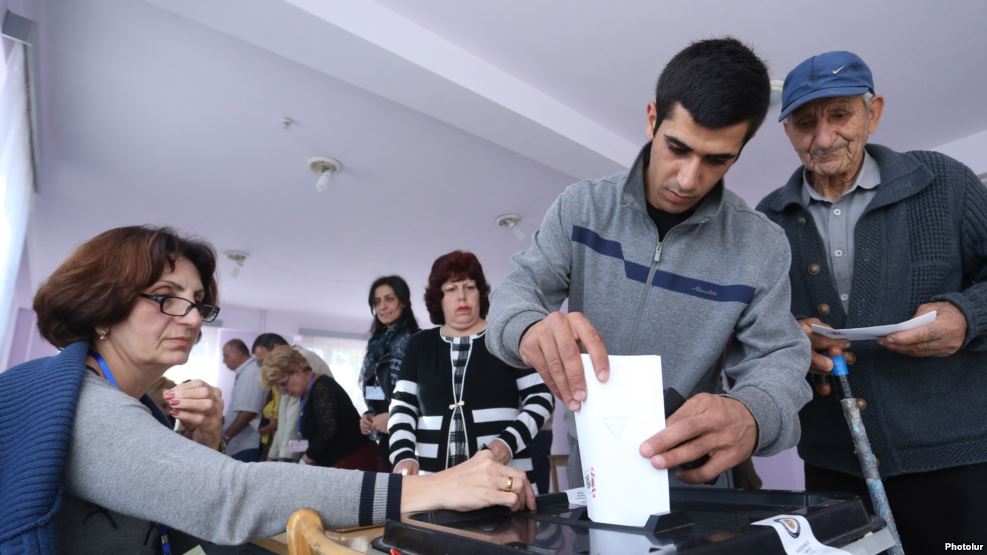 [:en](RFE/RL)-The National Assembly overwhelmingly passed on Wednesday a package of amendments to Armenia’s Electoral Code which was worked out by the government and parliamentary opposition to minimize possible fraud in next year’s parliamentary elections.

The ruling Republican Party (HHK) and its junior coalition partner, the Armenian Revolutionary Federation (Dashnaktsutyun), signed a corresponding deal with three opposition parties on September 13. The European Union welcomed the deal, pledging to provide millions of euros in funding needed for its implementation.

The most significant of those amendments aims to preclude multiple voting by government supporters through the publication of the names of those voters that have cast ballots, according to official protocols. Opposition parties will be able to verify whether those voters actually live in Armenia.

The government also agreed to ensure live online broadcasts of voting and ballot counting in all 2,000 or so polling stations across the country. The landmark deal also calls for tougher penalties, including imprisonment, for individuals committing election-related irregularities.

Most opposition lawmakers voted for the package despite strongly criticizing another amendment that was added to it by the government. Under that amendment, citizens spreading untrue reports of some types of serious fraud during elections will risk between two and five years’ imprisonment.

Opposition parliamentarians fear that this punitive measure would discourage many witnesses of electoral crimes from reporting them. They say that the authorities should at least differentiate between deliberately and unintentionally false allegations of vote rigging.

The opposition minority in the parliament urged the government to scrap or alter the controversial clause before the package of amendments is debated in the second reading on Thursday.

The government agreed to only partially meet the opposition demand. The chief of its staff, Davit Harutiunian, said individuals making untrue fraud claims as a result of “negligence” will face heavy fines and up to two years in prison.

The government and the three opposition parties had already struck a similar anti-fraud deal in June. But it subsequently fell through as the government cited logistical problems relating to the acquisition of expensive electronic equipment designed to prevent multiple voting.[:]