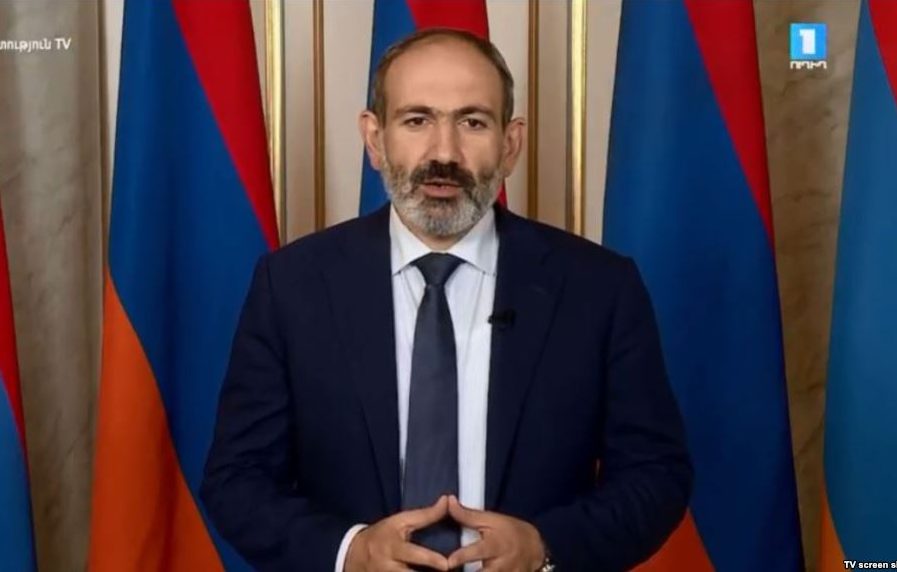 (Azatutyun)- Prime Minister Nikol Pashinian announced his resignation late on Tuesday, paving the way for the holding of snap parliamentary elections in Armenia in December.

In a televised address to the nation, Pashinian said the elections are necessary for completing the democratic “velvet revolution” that brought him to power in May. He seemed confident that the former ruling Republican Party of Armenia (HHK) and other parliamentary forces will not try to prevent them by electing another prime minister.

Pashinian controls only several seats in the current Armenian parliament. Early general elections are therefore vital for his political future. Observers believe that the popular premier and his allies will win them by a landslide.

Under the Armenian constitution, the National Assembly can be dissolved if it fails to elect another head of government within two weeks after Pashinian’s resignation.

The HHK, which holds 50 seats in the 105-member legislature, said on October 9 that it “does not have an intention to nominate a candidate” for the post of prime minister. The party’s deputy chairman, Armen Ashotian, reaffirmed that pledge earlier on Tuesday.

Two other parliamentary forces, the Prosperous Armenia (BHK) and Dashnaktsutyun parties, have also pledged not to try to install another premier. They have 31 and 7 parliament seats respectively.

Pashinian said that while his political team is “more than prepared for any scenario” he believes that the parliament majority will not “act against the people and national security.” He stressed in that regard that he does not view the HHK as an “enemy.”

Pashinian rallied tens of thousands of supporters outside the parliament building in Yerevan on October 2 immediately after HHK, BHK and Dashnaktsutyun lawmakers pushed through a bill that could have complicated the conduct of the fresh elections. The three parties thus attempted to delay the vote until next May or June. They dropped their objections to Pashinian’s plans following the angry protests.

Pashinian stepped up his push for the parliament’s dissolution after his alliance won more than 80 percent of the vote in the September 23 municipal elections in Yerevan.

The constitution allows the premier and his ministers to continue to perform their duties at least until the inaugural session of the new parliament. Pashinian emphasized this fact in his live address.