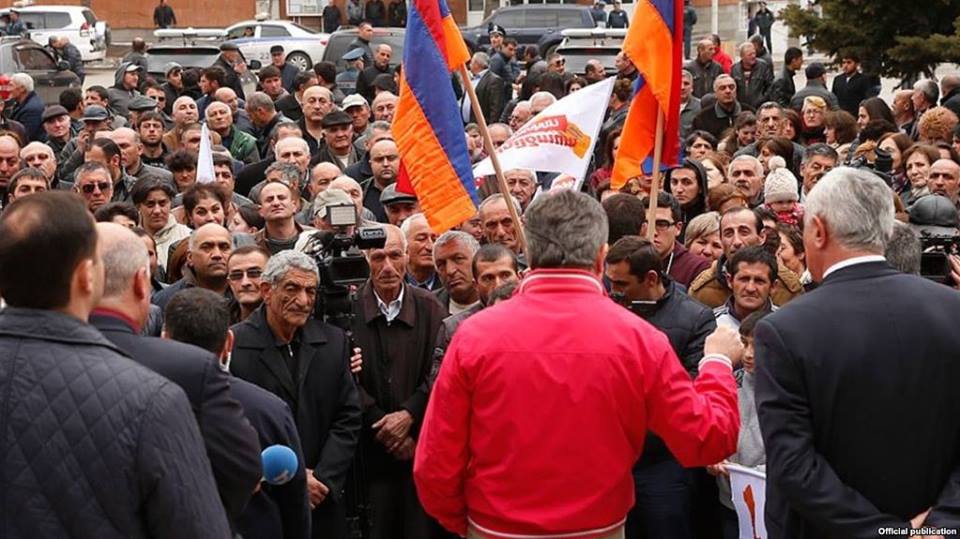 (RFE/RL)- The spokesman for the governing Republican Party of Armenia (HHK) said on Wednesday that it expects to win Sunday’s parliamentary elections and remain in power for five more years.

“The Republican Party is the frontrunner in the political marathon,” Eduard Sharmazanov told journalists.“I think that in case of us working well at this pace the people will authorize the Republicans to form the next government on their own or together with their coalition partners. I see that.”

Sharmazanov did not name those partners. The HHK and its top leader, President Serzh Sarkisian, currently have a power-sharing arrangement with only one party, the Armenian Revolutionary Federation.

Sharmazanov, who is also a deputy speaker of the outgoing National Assembly, based his optimism on the findings of opinion polls commissioned by pro-government media outlets and other organizations. They show that the HHK as well as businessman Gagik Tsarukian’s alliance are leading in the parliamentary race.

Tsarukian expressed confidence on Tuesday that his bloc will win the April 2 vote. He claimed to enjoy “the unconditional trust of the people.”

Other, more radical opposition contenders dismiss the voter surveys as fraudulent. Nikol Pashinian, a leader of the opposition Yelk bloc, has claimed that the HHK, whose election campaign is led by Prime Minister Karen Karapetian, is deeply unpopular.

Sharmazanov shrugged off Pashinian’s claim as an “April Fool’s Day joke.” “You all will see the HHK’s approval rating on April 2,” he said.

Sharmazanov also hit back at Raffi Hovannisian, one of the leaders of another opposition bloc, ORO, who have also harshly criticized the Armenian government on the campaign trail. “When it comes to squandering political capital, Mr. Hovannisian is a champion, and in this sense he is really irreplaceable,” he charged.

Hovannisian was the main opposition candidate in Armenia’s last presidential election held in 2013.