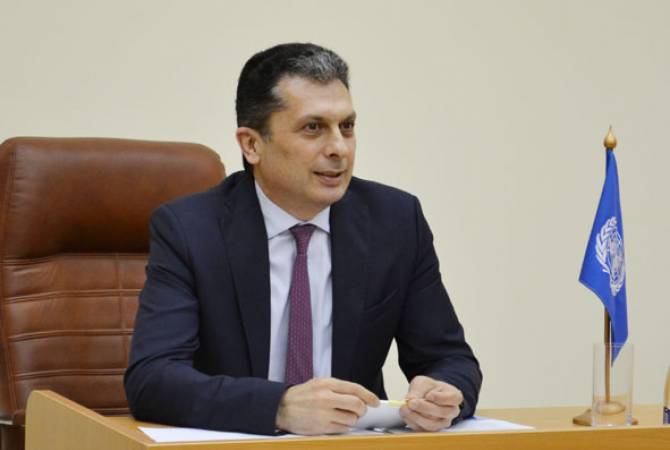 United Nations Secretary-General António Guterres has appointed Movses Abelian of Armenia (as well as a national of Georgia), as the next Under‑Secretary-General for General Assembly and Conference Management.  He will succeed Catherine Pollard of Guyana who has been appointed as the Under‑Secretary‑General for Management Strategy, Policy and Compliance, the UN official website reported.

Mr. Abelian is currently Assistant Secretary-General for General Assembly and Conference Management.  Prior to assuming this position in 2016, he was Director of the Security Council Affairs Division in the Department of Political Affairs.

He brings to the position over 25 years of experience in conference and management affairs, coupled with experience in peace and security issues, conflict resolution, as well as extensive expertise leading, supporting and managing complex portfolios and intergovernmental processes in the United Nations system.

Mr. Abelian also has extensive experience in management, including programme planning and budget, having previously worked as Secretary of the Administrative and Budgetary Committee of the General Assembly (Fifth Committee) and the Committee on Programme and Coordination at the United Nations.

Prior to joining the United Nations, Mr. Abelian was the Ambassador and Permanent Representative of the Republic of Armenia to the United Nations (1998‑2003) and Deputy Permanent Representative (1996‑1998).  Prior to joining the Foreign Service of Armenia in 1992, Mr. Abelian worked in academia as an Associate Professor at Yerevan State University.

Mr. Abelian was educated in Armenia, the Russian Federation and the United States. He is married and has two children.