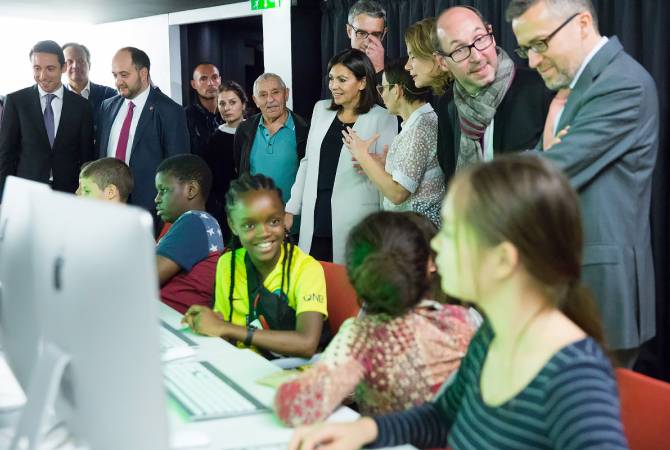 (Armenpress)- The TUMO Paris has been officially inaugurated in the central part of the Les Halles district of the French capital.

Forum des images president Marc Tessier delivered opening remarks, noting that TUMO Paris will become one of the pillars of the cultural institution.

Acting minister of education and science Arayik Harutyunyan thanked the Mayor of Paris and mentioned that other European cities have also expressed willingness to have TUMO centers.

“This is indeed a historic event. Exporting TUMO from Armenia is one of our best results in the education field,” Harutyunyan said.

“I would like to explain my joy, because my child is visiting the TUMO center in Yerevan, and I know how much he benefits from it, how much he learns and how happy he is there. And I am also happy that from now on the youth of Paris will also feel this joy,” Yerevan Mayor Hayk Marutyan said.

“Long live TUMO. I would like to wish to all the young people here to be bold and think about the future humanely and without limitations,” Mayor of Paris Anne Hidalgo said.

The French capital is the first international address of TUMO.

The next one will be opened in Beirut, Lebanon in November.

The center eyes other cities also.