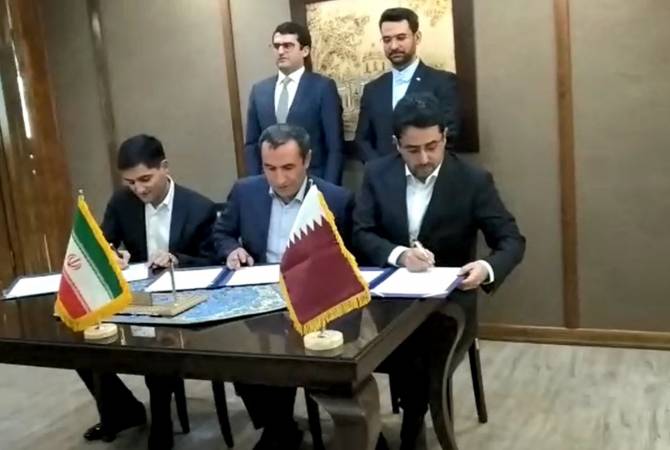 TEHRAN—Armenia’s leading telecommunications company, Ucom, on Wednesday signed a memorandum of understanding with Iran and Qatar to create an internet transit channel to link Gulf and Asian states with Europe with a network that will run through Armenia, bypassing Turkey and Azerbaijan.

The document was signed by Ucom co-founder Alexander Yesayan, the CEO of Iranian Telecommunication Company Majid Sadri and the President of the largest cable network provider the Gulf states, GULF Bridge International Abdulla Al-Rwaili during a ceremony in Tehran, which coincided with the state visit by Prime Minister Nikol Pashinyan to Iran.

“This program will create a transit link for Internet provision to connect the Gulf and Asian countries to Europe. By joining such an ambitious project, Armenia once again underlines its position as a regional IT leader,” said Yesayan.

“The new channel will become an alternative to the current maritime route, will sidestep Azerbaijan and Turkey and pass through Armenia,” added Yesayan.

“By the way, Turkey and Azerbaijan were in intense competition to win the project. This is not simply a matter of business, but it has a strong strategic impact on the telecommunication security,” added Ucom’s Yesayan.

During their talks on Wednesday in Tehran, Pashinyan and President Hassan Rouhani of Iran agreed on, among other things, to bolster information technology ties between Iran and Armenia.