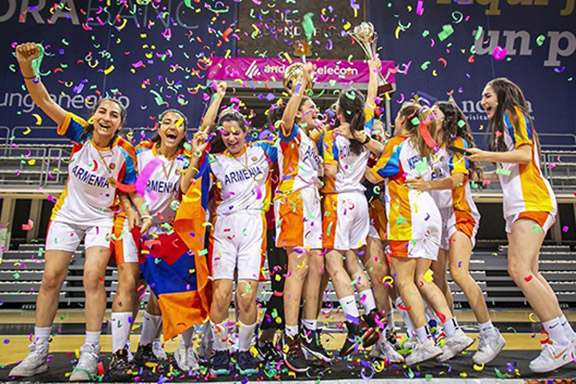 The team’s top-scorer, 16-year-old Kayla Keshmeshian (United States), the youngest player on the team, scored a game-high of 24 points earning her the most valuable player title of the tournament. Patil Yaacoubian (U.S.) added 22 points along with 7 rebounds and 4 assists as the duo inspired their nation to a perfect tournament without defeat. They were joined by Meri Margaryan (U.S.) who was among the top five players.

Armenia’s boys U18 team only won one game, beating Moldova 91 to 60, and was ranked one before the last team of the tournament.