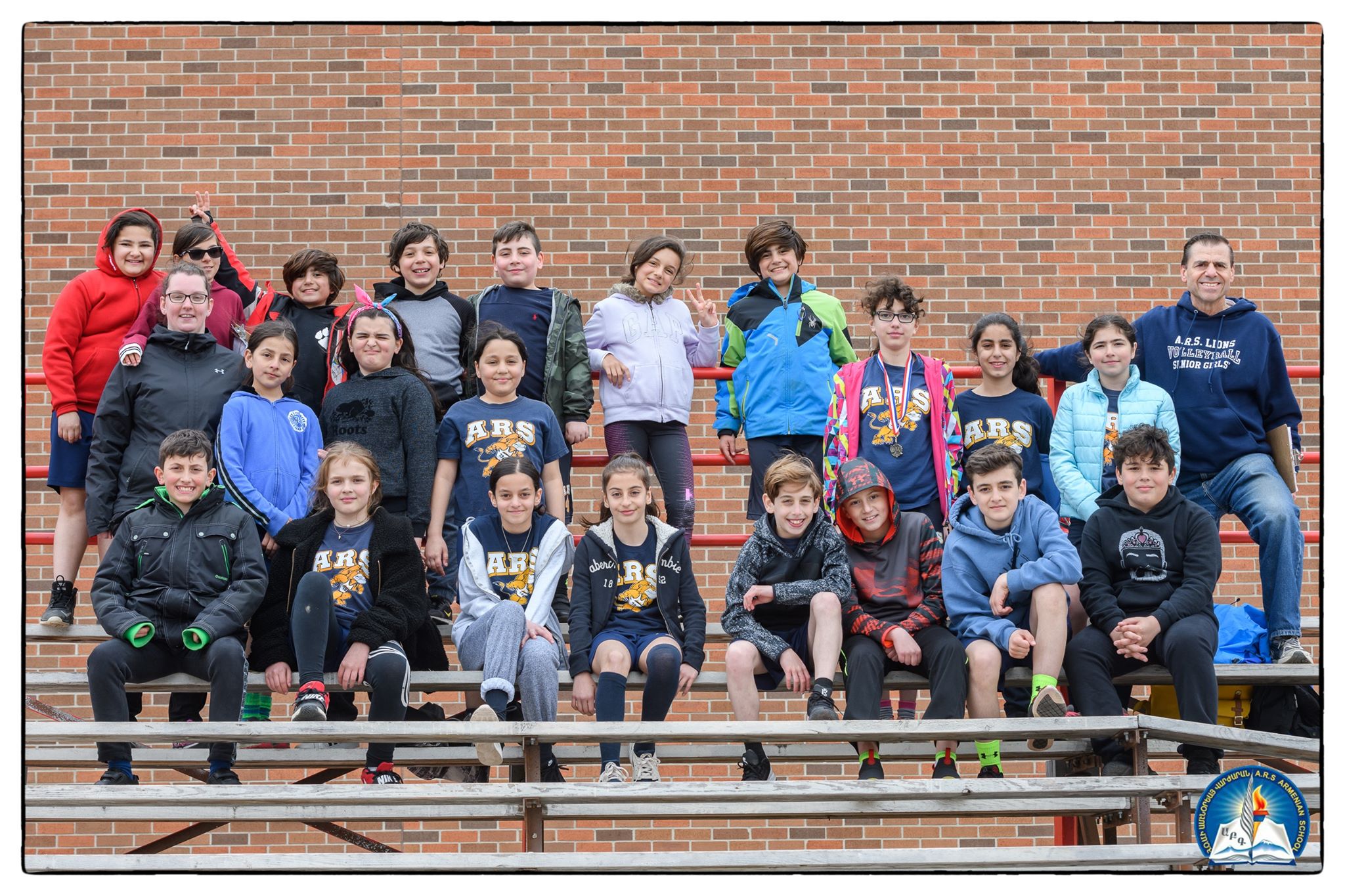 On May 10th the ARS School under 12 track & field team participated in the SSAF Track & Field Championships at the Toronto Track & Field Centre at York University. It had been raining the entire previous day and during the entire evening. The team met at 7:30 am at the school and it was still raining. However the wet weather did not dampen the spirits of the team and magically by the time the team arrived at the track the rain finally stopped. All the teams and coaches had received their instructions, the official and timekeepers were all in place and the competition was ready to start. The team was ready as they had been practicing under the guidance of coaches Ms. McDowell and Sam Manougian.

The very first race of the day was the very grueling girls’ 1500m race. The ARS runners lined up at the starting line with all the runners from many different schools. It was a very competitive field of runners. Then, BANG, the starter’s gun sounded and the runners sprinted forward, each jockeying for position and trying to get into the lead. As they rounded the first curve, it was Gayaneh Artounian from ARS and another runner who were battling for the lead.  At the end of the first lap all the runners were starting to slow down as they could not keep up the fast pace that they started with. It was then that Gayaneh switched to a higher gear and surged ahead to take sole control of the lead. By the second and third lap as all the other runners were slowing down, Gayaneh kept surging ahead to increase the lead, as her ARS teammates cheered her on.  On the bell lap Gayaneh crossed the finish line in 1st place and a good 100 meters ahead of her closest rival. It was a very impressive performance and an amazing start for the ARS team.

All the ARS runners and jumpers soon followed with their own events, each posting excellent results and achieving personal bests. With each competition the athletes gain valuable experience and improve their self-confidence. It was a long day but a very successful one. The ARS athletes returned home and were eagerly waiting for next year’s cross-country and track and field competitions where they will once again have the opportunity to represent their school.