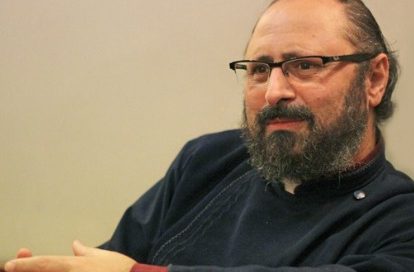 ISTANBUL, Turkey—Chairman of the Religious Council of the Armenian Patriarchate in Istanbul Bishop Sahak Mashalian has announced his resignation in a statement released on Monday, stating that General Vicar Aram Ateshian is to blame for his decision, reported Istanbul-based Agos newspaper.
Mashalian stated in his resignation letter that his decision came after the Clerical Assembly meeting on February 13, where he stated that Archbhishop Ateshian had “unfavorable attitudes.” Mashalian also announced that he will step down from his candidacy for the patriarchal seat, and has plans to leave Istanbul.

The Religious Council voted Archbishop Aram Ateshyan to lead the Patriarchate after Patriarch Mesrob Mutafyan II withdrew from his duties due to his diagnosis of Alzheimer’s disease.

Mashalian in his letter presented the proper procedure of holding elections for the patriarch, indicating Ateshian’s attempts to sabotage the process.

He informed that the religious council had set up a commission comprised of 4 clerics, which was to submit an application to the authorities about holding new elections. But Ateshian did not allow the letter to be submitted to the governor of Istanbul as a result of which the submission process has been suspended.

Mashalian noted that the elections should be held following the constitutional referendum in Turkey, referring to the Armenian community leader Bedros Sirinoglu and Turkish president Recep Tayyip Erdoğan January 27 meeting, adding that it should have accelerated the election process. Ateshian, however, used this information as another pretext to avoid elections.

“Ignoring his promise given to the community, he told the media without consulting with anyone that no application will be submitted for holding elections. The Religious Council of the Patriarchy, and I, the chairman of the Council, got to know about it from media,” the bishop stated.

During the February 13 meeting, Mashalian stated that the application of the commission should be immediately submitted to the governorate and released to the community. “His Eminence Aram managed to manipulate this issue with his capricious and threatening attitudes; he even threatened us with leaving the meeting,” he wrote in the letter, adding that his proposal was rejected.

“It’s evident there can be no Patriarchal elections as long as Aram Ateshian holds the position of the General Vicar of the  Armenian Patriarchate of Constantinople. Today already everyone shares the opinion that the existing situation, when the post is vacant, while the chaos goes deeper, worsens due to Aram Ateshian,” said Mashalian, adding that the Patriarchal post has never been vacant for eight years in the Armenian Church’s history. “Manipulating for 8 years by using his powers, abusing his position has criminal nature and he deserves punishment according to Church laws,” the Bishop said, announcing that he steps down from the post of chairman of the Religious Council.

“Clerics, leaders and people, leave me alone. This is a speech of defeat. But I am not the only defeated, you are all defeated. Once again only one person remains victorious,” Mashalian concluded in his letter.