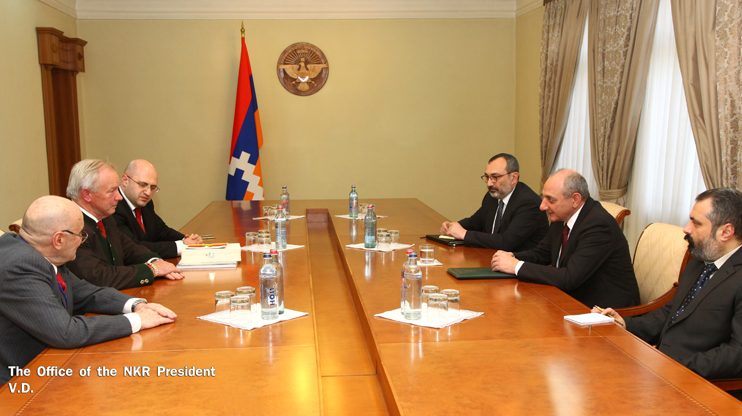 Authorities in Azerbaijan have issued international arrest warrants for three pro-Armenian members of the European Parliament who visited Nagorno-Karabakh and monitored a constitutional referendum held there this week.

The APA news agency reported late on Wednesday that Frank Engel of Luxembourg, Eleni Theocharous of Cyprus and the Czech Republic’s Jaromir Stetina are accused of illegally visiting “occupied lands of Azerbaijan.”

The three politicians representing their countries in the European Union’s legislative body are also facing charges stemming from their monitoring of Monday’s Karabakh referendum strongly condemned by Baku. They all described the vote as democratic on Tuesday.

The Azerbaijani authorities have asked Interpol, an international police organization, to help them arrest Engel, Theocharous and Stetina. A court in Baku has formally authorized their pre-trial detention, according to APA.

The three European Parliament members, who stand for international recognition of Karabakh’s independence, had already been declared personae non grata in Azerbaijan because of their previous trips to the Armenian-populated territory. The Azerbaijani government has also blacklisted more than 500 other non-Armenian foreigners for the same reason.

The arrest warrants came two weeks after Belarus controversially handed over to Azerbaijan Alexander Lapshin, a Russian-Israeli blogger detained in Minsk in December. Lapshin visited Karabakh in 2011 and 2012 and gave detailed accounts of those trips on his Russian-language travel blog.