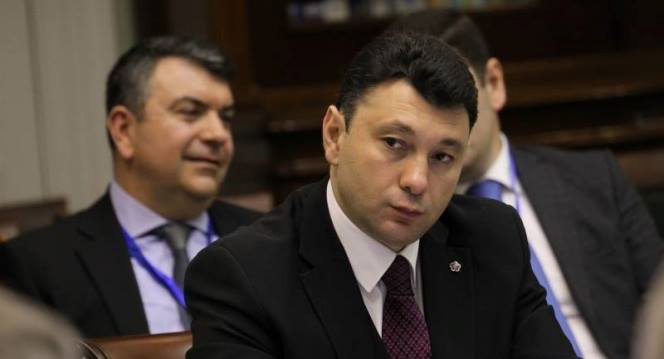 Azerbaijan should recognize the right of Artsakh people to self-determination, Vice-President of the Armenian National Assembly, has said.

“Today the CSTO faces new challenges. We live in a rapidly changing world and escalation of tensions in the area of CSTO responsibility, including the South Caucasus, is obvious,” he added.

“Azerbaijan resorted to military adventurism at Armenia’s state border during the fall and spring sessions of CSTO PA, thus violating the 1994 ceasefire agreement and the agreements reached at Vienna and St. Petersburg summits. Such behavior is impermissible and condemnable,” Sharmazanov said.

“The CSTO officially condemned the act of sabotage, labeling Azerbaijan’s actions ‘provocation’,” Sharmazanov reminded. He noted, however, that none of the CSTO partners except for CSTO Secretary General and Russian lawmakers condemned the provocative actions of Azerbaijan.

Noting that Baku’s behavior is a provocation not only towards Armenia, but also the CSTO as a whole, Sharmazanov said “condemning statements by CSTO PA representatives are more than necessary.”

“Our parliamentary delegation stands for exceptionally peaceful resolution of conflicts in CSTO area, particularly the one in Nagorno Karabakh. We have to do the utmost to establish stability in the region. However, to reinforce stability Azerbaijan first needs to recognize the full realization of Artsakh people’s right to self-determination,” the Vice-Speaker said.