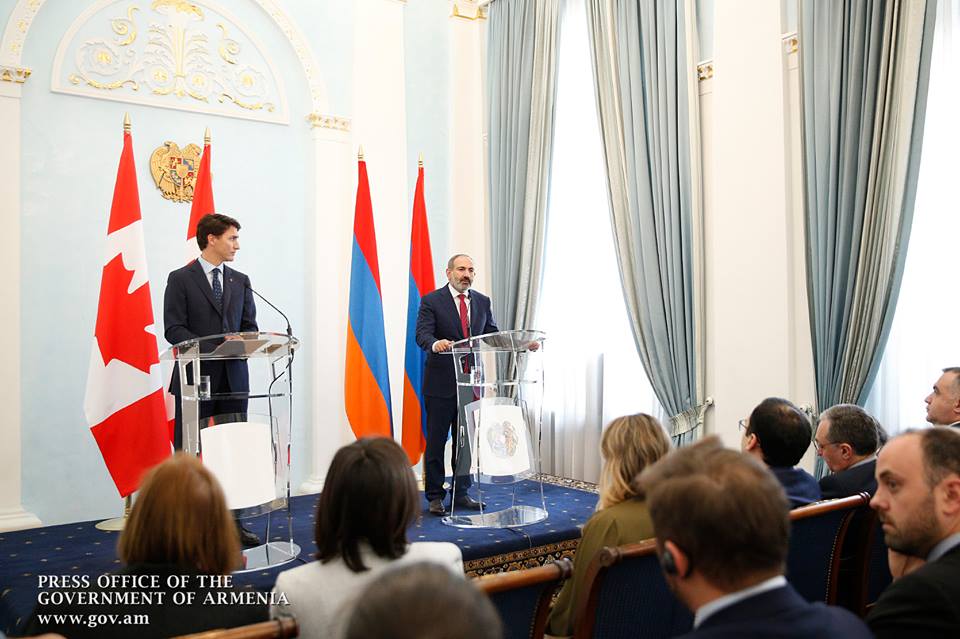 “Canada is urging to continue the peaceful negotiations. We are hopeful that the issue will be settled peacefully. We also urge to continue the international process. Hopefully the problem will be solved for the benefit of the people of the region,” Trudeau said.

Pashinyan said that during his meeting with Trudeau he informed the latter on his agreements with Azerbaijani President Ilham Aliyev.

“I informed the Canadian Prime Minister about our agreements with Aliyev. Certainly the negotiations around the Karabakh issue are taking place within the framework of the OSCE Minsk Group, but it is important that our partners too are informed about these processes. We see the conflict’s resolution only through negotiations and peaceful settlement,” Pashinyan said.

Trudeau hopeful on future opening of Canadian embassy in Armenia