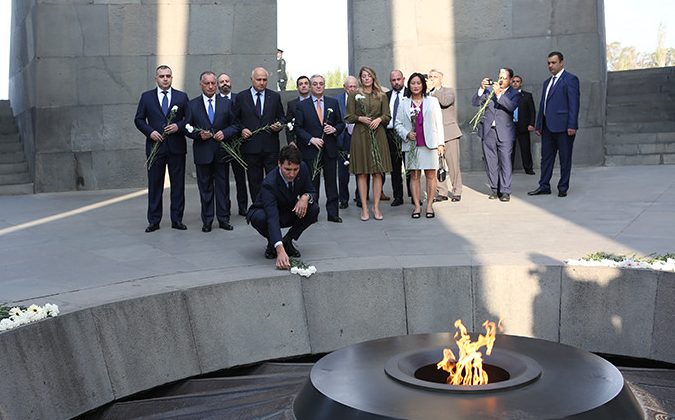 “Today, we join Armenian communities in Canada and around the world to honour the memory of the victims of the Armenian genocide, a dark chapter in human history which must never be forgotten.

“Although more than a century has since passed, the memory of those who unjustly lost their lives and suffered reminds us that we must never respond to hatred or violence with indifference.

“As we observe this solemn day and pay tribute to the strength and spirit of the Armenian people, we also look forward to a future built on peace and mutual respect.

“The Government of Canada pays tribute to the victims of this tragedy and reaffirms its commitment to strive for a world in which nobody – regardless of faith or ethnic background – fears discrimination or persecution because of who they are.”