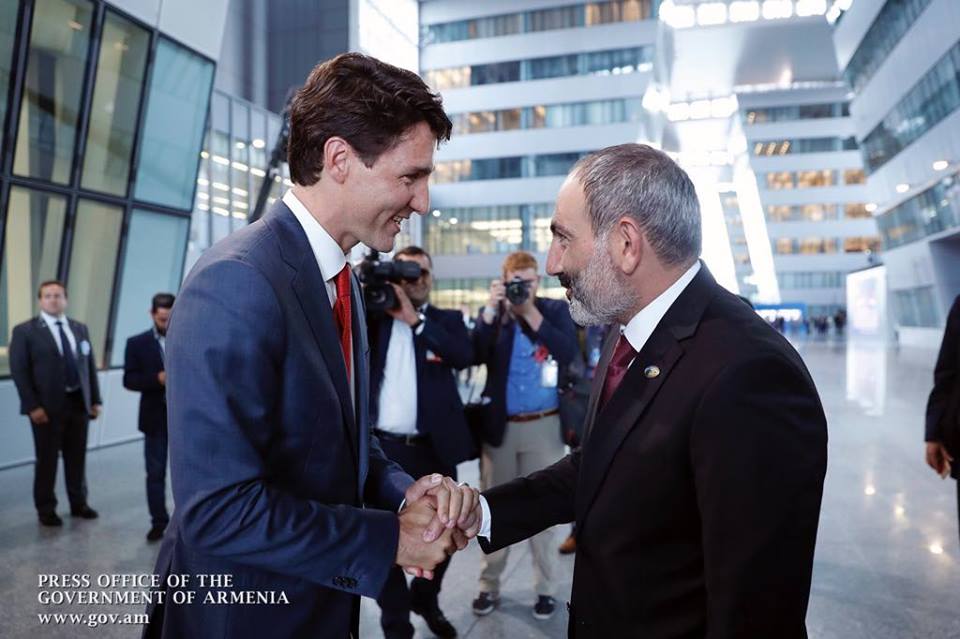 With the aforementioned leaders and the NATO Secretary General, Prime Minister Pashinyan discussed prospects for the development of bilateral and multilateral relations, as well as various issues of mutual interest.

Prime Minister of Canada Justin Trudeau confirmed his participation in the upcoming 17th Summit of La Francophonie in Yerevan and noted that he had happened to stay in Armenia as early as in 1988 with his father, and he had good memories of our country.

French President Emmanuel Macron, Ukrainian President Petro Poroshenko and Greek Prime Minister Alexis Tsipras invited Prime Minister Pashinyan to visit their countries. They stated their interest in expanding bilateral cooperation with our country in a number of spheres and expressed confidence that effective cooperation would be established with the new government of Armenia.

Noting that Italy boasted deeply-rooted friendly ties with Armenia, the Italian Premier stressed the need for their furtherance and strengthening.

The Prime Minister of Armenia and the NATO Secretary General discussed issues on the agenda of Armenia-NATO cooperation.