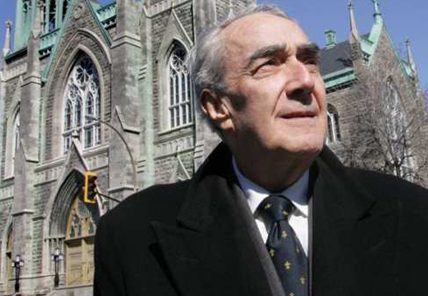 Marcel Prud’homme, the straight-talking former Canadian senator and Quebec MP whose career in federal politics spanned 45 years, has died at the age of 82.

The Montreal-born politician entered federal politics in 1964 when he was elected as a Liberal MP in the Montreal-area riding of Saint-Denis.

He was re-elected eight times before resigning to serve as an independent member of the Senate from 1993 until his retirement in 2009.

Over his years in government Prud’homme became known as a straight-talker and ardent defender of the Palestinian cause, which gained him both admiration and criticism from his peers.

Prud’homme served under nine prime ministers and sat on a number of Senate and parliamentary committees.

In 2004, the Armenian National Committee of Canada honor him on the occasion of his 40th year in public service.