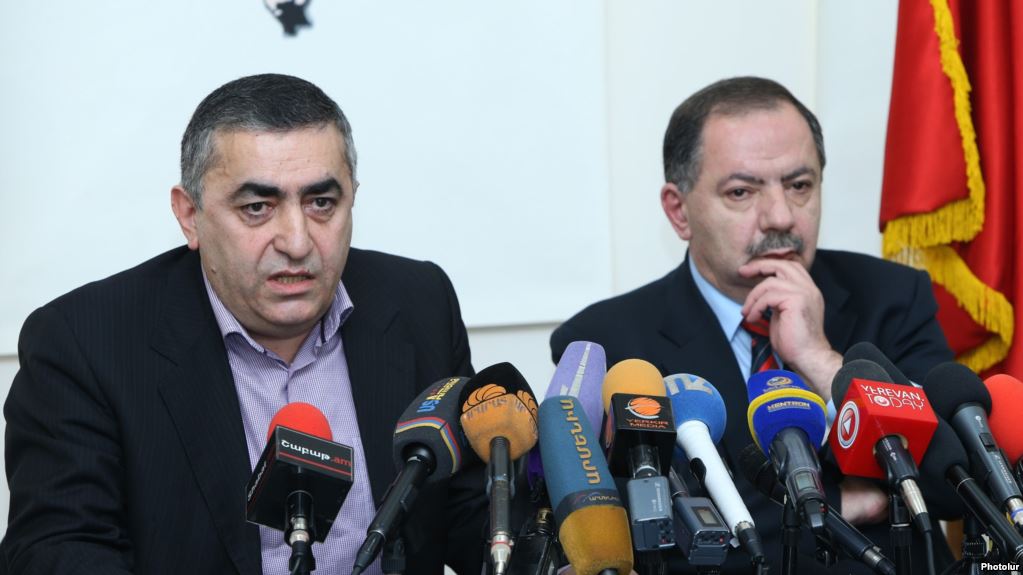 “Something has really changed in our country,” said one of its leaders, Aghvan Vartanian. “Look at the government program, the government policies, and our ministers’ day-to-day work in that government.”

“A process of serious and qualitative changes has really started in various directions, in all directions actually,” he told a news conference.

Another Dashnaktsutyun leader, Armen Rustamian, said Armenia’s ongoing transition to the parliamentary republic should result in a “government of new quality” that will keep up the reforms. He argued that the parliamentary system of government envisaged by the 2015 constitutional reform will mean a more collective leadership of the country.

“The [election] winner will no longer be able to get everything and leave the loser with nothing,” said Rustamian.

Dashnaktsutyun, which is particularly influential in Armenia’s worldwide Diaspora, received three ministerial posts as a result of a new power-sharing agreement reached with Sarkisian in February 2016. The deal was struck six months before the president appointed a new prime minister and reshuffled the government with the stated purpose of speeding up economic reforms.

Vartanian insisted that the one-year presence in the government has not reflected negatively on the party’s popularity. He expressed confidence that Dashnaktsutyun will have a “weighty presence” in Armenia’s next parliament that will be elected on April 2.

Its list of election candidates publicized at the news conference will again be headed by Rustamian and Vartanian. The three cabinet members affiliated with Dashnaktsutyun — Education Minister Levon Mkrtchian, Environment Protection Minister Artsvik Minasian and Minister for Local Government Davit Lokian — are also high on the list.