Director Terry George on His Armenian Genocide Romance “The Promise” 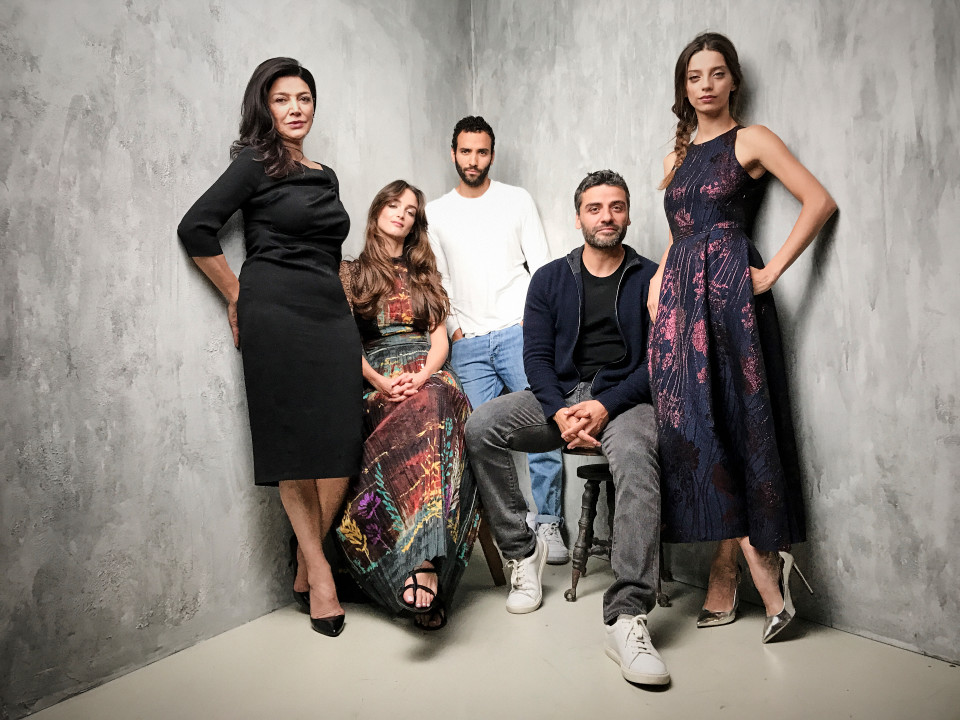 (Brent Lang, Variety) – Terry George earned critical raves with 2004’s “Hotel Rwanda,” an unflinching portrait of courage in the face of human cruelty that nabbed Oscar nominations for its script and for stars Don Cheadle and Sophie Okonedo. Now, the Irish screenwriter and director is shining a light on another dark chapter in history with “The Promise.”

The drama stars Christian Bale, Oscar Isaac, and Charlotte Le Bon as the various points in a romantic triangle between a medical student, a journalist, and a woman during the waning days of the Ottoman Empire. It is one of the hottest titles still looking for distribution at this year’s Toronto Film Festival, and could incite controversy over its portrayal of the Armenian Genocide.

That’s because Turkey, the empire’s successor state, refuses to acknowledge that 1.5 million Armenians were systemically exterminated in 1915 at the order of the Ottoman government.

George spoke with Variety about why he was compelled to wade into these turbulent political waters, the difficulty he faces making challenging movies in popcorn-obsessed Hollywood, and the great epics that inspired his latest film.

The Armenian Genocide doesn’t scream love story. Why did you decide to dramatize this history through that genre?

All the great films like “Dr. Zhavago” or “Reds” tell a personal story, and a love story seemed like a great way to take people through an event that is alien to them. Producing a piece of entertainment is an effective way to educate people. Even “Hotel Rawanda” was essentially a love story between Paul [Rusesabagina] and [his wife] Tatiana set inside a bigger political context. Robin Swicord’s script [for “The Promise”] was a straightforward love story, and I introduced the notion of a love triangle.

Why won’t the Obama administration acknowledge that this was a genocide?

Clearly because of Turkey’s strategic power. Obama promised the Armenian community that he would when he was running for election and he reneged on that promise. But successive American governments have failed to, as well. First it was the Cold War and Turkey’s position on the Soviet border made it vital. Now it is essentially the borderline between Europe and Asia, and the war with ISIS and the war in Syria, which gives Turkey a lot of control over how this story is told.

Are you hoping that this film makes people come to terms with this history?

I am. It’s one of the great forgotten catastrophes of the 20th century. The word genocide was coined to describe what happened to the Armenian community.

Do you think the Turkish government will stage protests when the film screens at Toronto?

I’m not sure that it’s on their radar yet. I’m sure that the Turkish government will react the same way that they react when the anniversary of the genocide rolls around every year, which is to deny it.

Armenia Acquires New Russian Missiles... Or Did It?