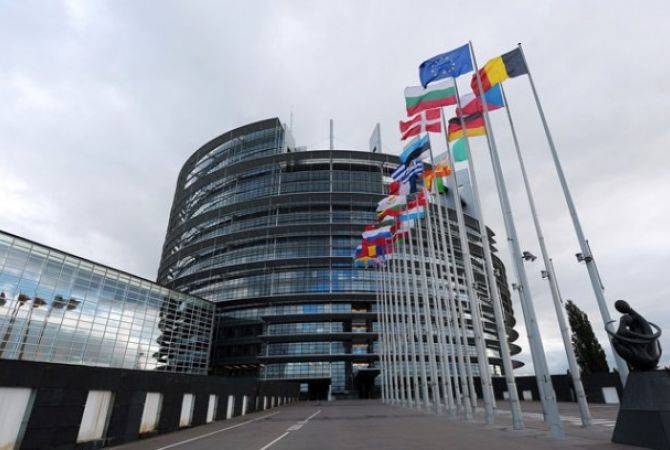 (Armenpress)-  Conference entitled “Armenophobia: Historical and Present-Day Resurgence” will be held in the European Parliament on March 6.

The conference has been organized by the initiative of the European Armenian Federation for Justice and Democracy (EAFJD) and the Tufenkian Foundation.

The event is hosted by MEP, head of the EU-Armenia friendship group Eleni Theocharous.

“During the conference various manifestations of Armenophobia and inter-related issues will be discussed. In other words reports, discussions will provide a comprehensive overview on Armenophobia. We know that there are Armenophobia manifestations in Azerbaijan and Turkey. This means that this policy has not been left in the historical past, we face the same problem also nowadays. And this conference is a good chance to raise the issues relating to Armenophobia in this European structure and discuss the ways of fighting them”, he said.

The conference will also be attended by MEPs, public figures and Armenian community representatives. Harut Shirinian is confident that a broad circle of the international community should be informed about the anti-Armenian policy of Azerbaijan and Turkey.

“Let’s not forget that the manifestations of Armenophobia we are witnessing, take place by the guidance of the Azerbaijani and Turkish authorities. Hatred against Armenians is being spread in schools and kindergartens of Azerbaijan for years: recently Turkish flags on some Armenian schools of Los Angeles, anti-Armenian notes containing hate speech on the walls of the Armenian church in Istanbul have appeared and etc. This list is endless. Our goal is to raise this issue in international structures so that they are informed what the talk is about, understand what this can lead to in case of continuation, and finally their judgments are based on right information”, Harut Shirinian said.

Artsakh Ombudsman Artak Beglaryan told Armenpress that during the conference he and Ruben Melikyan will present information which is fully based on facts. The conference participants will have an opportunity to get acquainted with the content of the report on Armenophobia released by the Artsakh Ombudsman in September 2018. In addition, the anti-Armenian manifestations demonstrated during the April war will be presented.

“All facts are collected and included in the reports. The conference participants will be introduced on the policy run by Azerbaijan, for instance the anti-Armenian propaganda in its schools and kindergartens. The following thesis is pushed forward – all Armenians are enemies, killing an Armenian is a heroic deed”, Artak Beglaryan said.

According to him, the 2016 April events, the atrocities of the Azerbaijani servicemen, beheading cases, tortures of civilians and targeting the Armenian schools are a vivid example of Armenophobia.

“In addition to the facts, we are also going to present the grounds of the Armenophobic policy, its consequences and potential threats. Such discussions are very important, the European partners must see with facts what policy Azerbaijan carries out. During the internal talks they also attach importance to the preparation and release of such reports”, Artak Beglaryan stated.