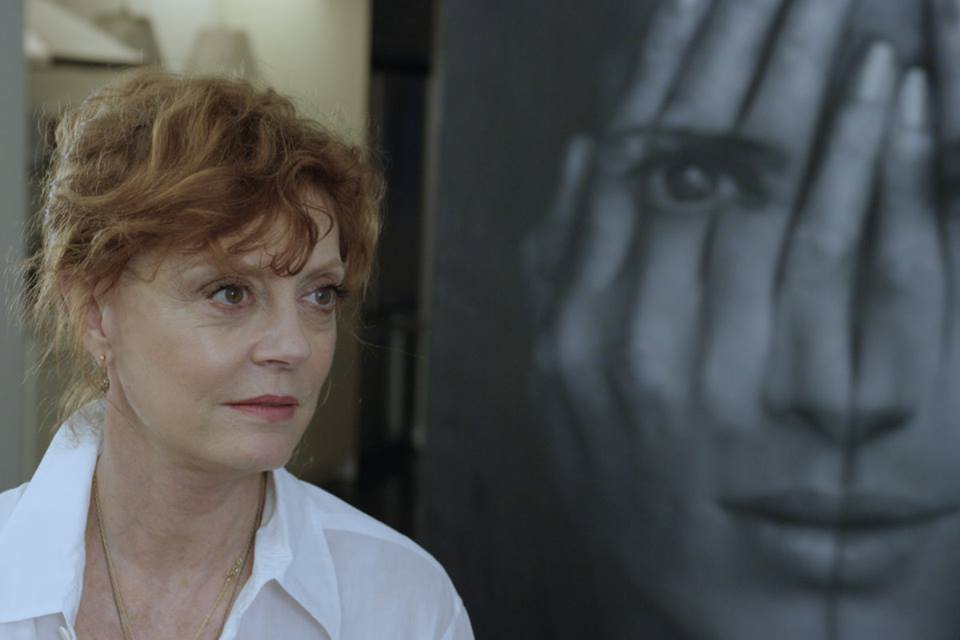 The poetic film reflects upon ideas of beauty and aging, as Tsitoghdzyan paints a portrait of Sarandon in his studio. Their intimate, candid conversations raise important questions on modern society’s standards of beauty and the pressures of social media.

Cynthia Lowen’s documentary, Netizens, highlights the experiences of three women as each wages war against the internet’s darkest culture of harassment, misogyny and stalking. One of these women, Anita Sarkeesian, a Canadian-Armenian now based in the United States, has become a powerful voice and feminist media critic.

Appropriately, this year’s Festival will commemorate the 100th anniversary of the 1st Republic of Armenia with a special series titled “May 28th: Remembering The Heroes” where one of the films features Diana Apcar, who served as Armenia’s Ambassador to Japan between 1918-1920 and became the world’s first female diplomat.

Music lovers will enjoy Tatiana Danielyants’ Six Musicians and the City. Filmed in beautiful Yerevan, Danielyants presents the experiences of a group of famous Armenian musicians, whose lives are closely intertwined with the changing identity of the capital. The documentary presents renowned musician and duduk player Jivan Gasparyan, Grammy award-winner Arto Tuncboyaciyan, composer and singer Lilit Pipoyan, jazzman Malkhas, new star and composer Michael Voskanyan and singer Forsh. Danielyants will be attending this year’s Festival which will include a number of films about Armenian musicians, including the Father of Armenian Jazz, directed by Canadian talent Nuné Melik. Born in Siberia, Melik is highly versatile violinist, who has performed as a soloist with the orchestras in Carnegie Hall and the Glenn Gould Auditorium. Along with films about Armenian music, POM 2018 will also include a highly fascinating film about the famous Armenian dance Kochary.

The focus on Armenian legends continues with the film, Poem About the Lonely Wolf, by Taron and Vrezh Petrosyan. The entertaining doc focuses on Armenian boxer, Israyel Hakobkokhyan, who earned the title for multiple world championships. While the short film Under the Walnut Tree is based on the experiences of a young Shahan Natalie, the mastermind of Operation Nemesis. Producer Nare Ter-Gabrielian will also be in attendance from Yerevan to introduce her new award-winning film Taniel about Taniel Varoujan.

Ece Güneş Saadetyan’s One Love, Three Holy Books, is a brave exploration of mixed marriages in Turkey. The documentary grapples with a taboo topic, underscoring the challenges various couples must overcome for love. The film shares parallels to the POM feature film, Tabu, by independent filmmaker and academic Robert Deranian, which follows the tragic romance between Armenian and Turkish college students.

Looking further back in time, the documentary, Red, by Turkish filmmaker Kadir Akin, is based on his book on “Paramaz”, leader of the Social Democrat Hunchakian Party, who was executed in 1915 along with his Hunchakian comrades at Beyazıt Square. It will be presented as part of the “Armenians In Turkey: Then & Now” series alongside the short film Murat by the renown Kocharian sisters, winners of the Best Short Doc Award previously at both POM and HOT DOCS.

Captivating feature films will include LA-based director Prince Bagdasaryan’s drama, Diverted Eden. A gripping story about a father’s mission to find his young daughter who is kidnapped. Those in search of comedy will enjoy Hotel Gagarin by Simone Spada. The charming film is about a group of Italians who are sent to shoot a film in Armenia. They are unexpectedly abandoned at a hotel in the forest and find an unexpected opportunity for happiness.

History buffs will relish producer Mary Apick’s Price for Freedom, based on a true story by Iranian dentist Dr. Marc Benhuri. The film stars Hollywood star Paul Sorvino as the shah of Iran. Sorvino is best known for his roles in Goodfellas and Romeo and Juliet. Apick, originally from Tehran, is a multi-talented producer, director and actress. An impressive series of shorts will also be screened, including the recent TIFF selection, Antouni, by Alik Tamar; WWII themed Dirty Bomb by Valerie McCaffrey, producer of Lost and Found in Armenia; A Flock of Birds/Seamstress of Ourfa by Cypriot Victoria Harwood Butler-Sloss; Susanna by Detroit-based Oksana Mirzoyan; and Second Hand by Canadian Armen Poladian.