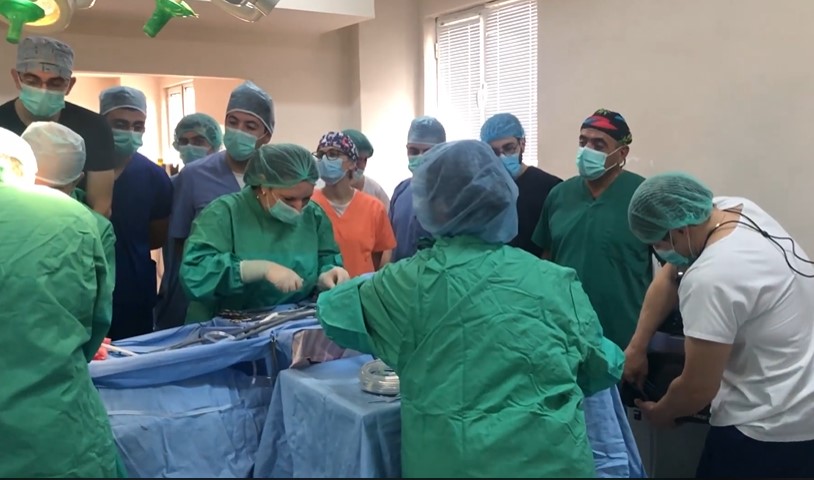 (Armradio)- For the first time in Armenia, Armenian doctors, in cooperation with their Belarusian colleagues, have transplanted a liver into a child from a living donor. The surgery has been carried out at Arabkir Medical Center, Minister of Health Arsen Torosyan informs.

The first adult liver transplantation was performed in Armenia in April 2019.

“Performing such complex surgeries in Armenia speaks to the development of our medicine and medical science,” the Minister said.

He said the condition of the donor and recipient is satisfactory and corresponds to the normal postoperative course.

Torosyan earlier confirmed his intention to develop the practice of transplanting organs from deceased donors in Armenia. Kidney transplantation, the Minister said, is the most urgent procedure that needs to be regulated and improved. Such surgeries are currently offered in the country with organs from living donors and are partly paid for by the government.