Funeral Held for Slain Armenian Catholic Priest and His Father 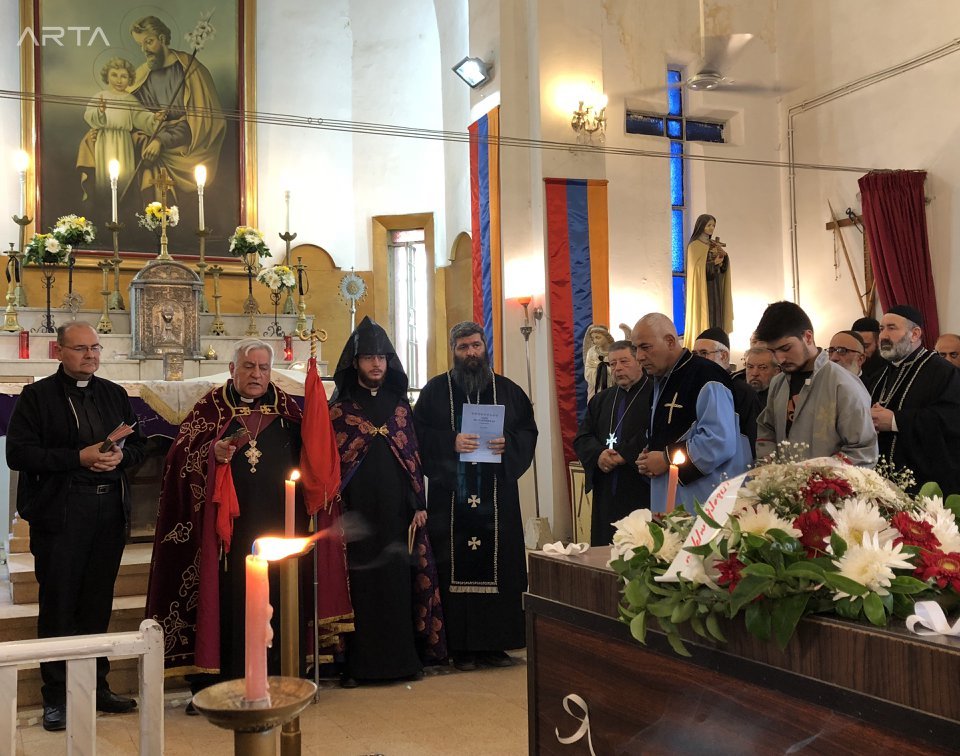 The service was held at the Armenian Saint Joseph Church.

The two were killed on Monday on their way to Deir ez-Zor. A deacon of the church was injured in the attack.

ISIS terrorist organization claimed responsibility for the killing of the priests.

The Armenian Foreign Ministry issued a statement today, condemning in the strongest terms the terrorist act committed in Deir ez-Zor province of Syria.

Pope Francis expressed his sympathy to the Armenian community of Qamishli.

“I am close to Armenian Catholics of Qamishli, in Syria, as they gather for the funeral of their parish priest, Father Hovsep Bedoyan, who was killed yesterday together with his father,” Pope Francis said in a Twitter post.

“I pray for them, their families, and for all Christians in Syria,” he said.