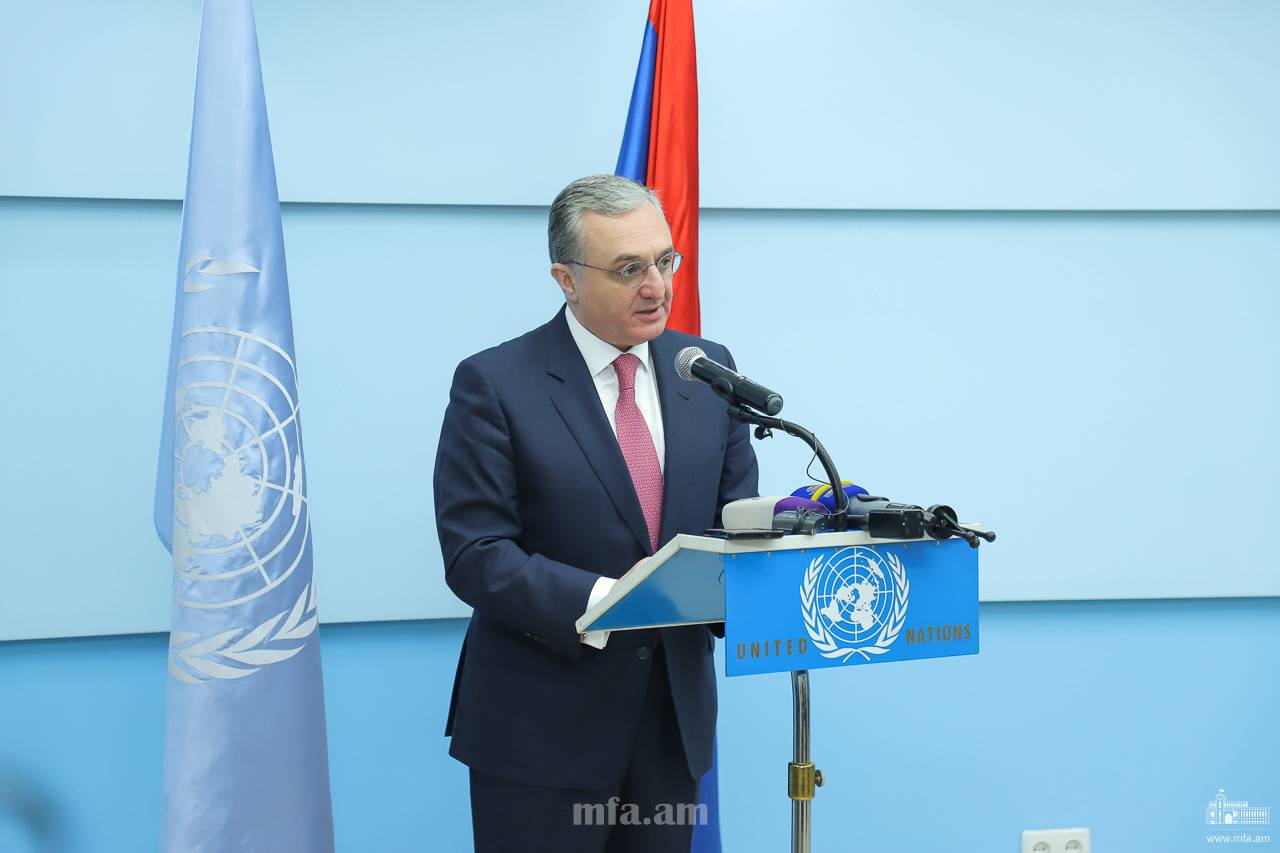 (Armradio)- Genocide denial and impunity are the main obstacles to its prevention, Armenian Foreign Minister Zohrab Mnatsakanyan said at an event at the UN Office in Yerevan dedicated to the International Day of Commemoration and Dignity of the Victims of the Crime of Genocide and of the Prevention of this Crime.

“Armenia is an international leader in the fight against genocide and has been consistently working with the UN and its many partners on the Convention on the Prevention and Punishment of the Crime of Genocide, on raising awareness of the continuing dangers and challenges of hate crime, as well as on building legal and institutional capacity for prevention,” Minister Mnatsakanyan said.

A number of resolutions initiated by Armenia have contributed to the international effort to prevent genocide, the Minister said, reminding that in 2015, at its 69th session, the UN General Assembly adopted a resolution by consensus initiated by Armenia to proclaim December 9th as International Day of Commemoration and Dignity of the Victims of the Crime of Genocide and of the Prevention of this Crime.

“Today, in the face of the rise of extremism and decline of international commitment to respect for human rights, education is central to effectively confronting this and other challenges facing the humanity.,” he added.

The Foreign Minister stressed that “education must be the driving force to unite and direct the political, diplomatic, socio-economic and cultural efforts of societies and states.

According to Minister Mnatsakanyan, “denial and impunity are the main obstacles to its prevention.”

“Denied justice chases generations of genocide survivors and impedes genuine reconciliation. The fight against denial has always been and remains one of our biggest priorities. As a nation that has survived the genocide, we also recognize our commitment to pushing the agenda of ‘never again’,” the Foreign Minister stated.