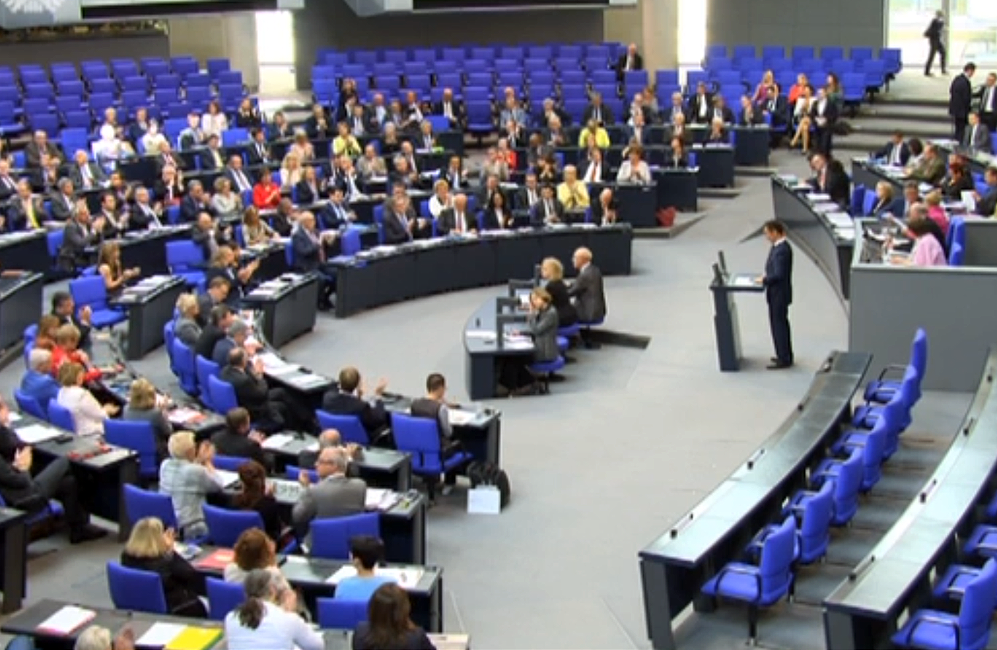 A scene from German consideration of the Armenian Genocide in June. (Photo: EAFJD)

BERLIN, Germany (A.W.)—Germany’s highest court rejected a number of complaints against the decision by the country’s parliament recognize the Armenian Genocide.

Germany’s Federal Constitutional Court published one of the decisions on Dec. 19, in which judges said the plaintiff had failed to provide sufficient evidence that his fundamental rights had been violated and that no such violation was obvious, reported the Associated Press.

According to reports, eight complaints were rejected in all.

On June 2, the German Parliament (Bundestag) approved a resolution recognizing the mass killing of Armenians by Ottoman Turks during World War I as genocide. The word “genocide” was used in both the text and headline of the resolution, which also states that Germany bears some guilt for its inaction at the time. Following the vote, Turkey recalled its ambassador to Germany “for consultations.”

German Chancellor Angela Merkel was not present during the June vote. Her party, the Christian Democrats (CDU), as well as the Social Democrats (SPD) and the Greens supported the resolution.

With German affirmation of the crime, more than 25 countries have officially recognized the Armenian Genocide. The Bundestag vote was nearly unanimous with only one opposed and two abstentions.  For over an hour leading up to the historic vote, German parliamentarians spoke in favor of the measure, which affirms the Armenian Genocide and crimes committed against other Christian minorities.