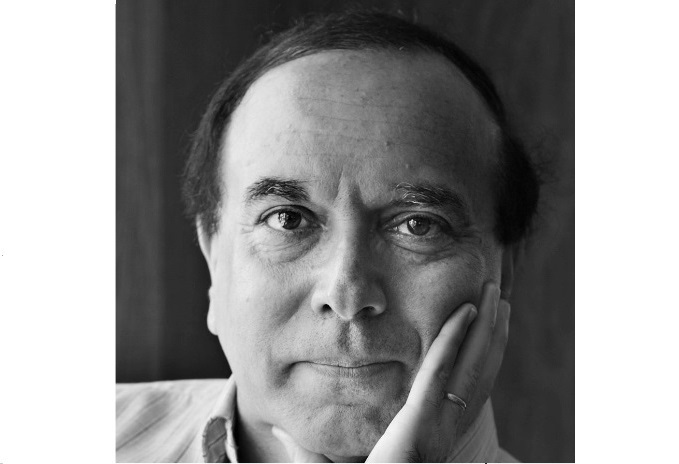 In August 2018, US President Trump angrily announced that sanctions will be implemented against Turkey, and personally against the Turkish ministers of interior and justice. What was the reason for Trump’s fury? The refusal to release Andrew Brunson, a US evangelical pastor arrested and jailed over two years ago, on still unproven charges of aiding terrorist organizations in Turkey and aiding the failed coup attempt against President Erdogan in June 2016. The alleged mastermind of the failed coup attempt is Fethullah Gulen, a Turkish cleric who lives in exile in Pennsylvania and Erdogan has repeatedly demanded his extradition from the US. In the absence of any real evidence, the Americans have not complied with the Turkish demands for Gulen’s return, and therefore, Turkey resorted to an age old tactic of hostage taking to achieve its objectives. The arrest and jailing of pastor Brunson, as well as several Turkish employees of the American Embassy in Turkey were meant to pressure the US to exchange them for Gulen. President Erdogan was even quoted a few months ago to have stated: ‘You give me my cleric, I give you your pastor’.

The use of hostages is a normal state of affairs in Turkish politics. Other recent examples include the arrest of a German journalist of Turkish descent, used as a hostage to secure the return of several Turkish military officers who had sought asylum in Germany. A similar demand for the return of Turkish military officers who fled to Greece was made by Turkey by taking hostage a Greek soldier who allegedly crossed the Greek-Turkish border.

The Greek, Armenian and Jewish minorities living in Turkey have been treated as hostages by the Turkish state throughout history. The religious and community leaders of these three minorities are pressured to declare their allegiance to the government, despite openly discriminatory conditions, unfair legislations, denials of historic facts, and so on. The pressure on the hostage minorities is maximized during crisis times. The most recent example is again related to the Pastor Brunson affair. Just as Trump demanded the release of the pastor, for no apparent reason, out of blue, all the minority religious leaders including the

Armenian Acting Patriarch, the Greek Patriarch, the Jewish Chief Rabbi were paraded with one of the presidential aides of Erdogan and signed a declaration that ‘minorities live happily in Turkey, completely free to practice their religious and citizenship rights without any pressure’. It was obvious that the declaration that the minorities are not under pressure was obtained by pressure applied by the state on the minority leaders who had to comply obediently – or else… Sometimes, the state does not even have to exert any pressure and, as a classic case of Stockholm Syndrome, some minority leaders like the chairman of an Istanbul Armenian hospital foundation, voluntarily profess their love for their Turkish masters or parrot the state version of history.

This pattern keeps on repeating itself in Turkey. During the Cyprus crisis in the 1960s and 1970s, the Greek Patriarch in Istanbul was obliged to condemn the Greeks and praise the Turkish invasion of Cyprus. When German Parliament recognized the Armenian Genocide and acknowledged its responsibility, the Istanbul Armenian Acting Patriarch condemned the decision and defended the Turkish version of history. When Israel takes any steps against Palestinians or Moslems in general, the Jewish minority in Turkey pays for it with attacks and vandalism against Jewish synagogues, shops and homes. When Greece is perceived to treat its Moslem citizens unfavourably, the Greek minority in Istanbul is punished by the state as retribution.

Sometimes one hostage community is used against another hostage community. When Armenians worldwide started to push for Armenian genocide recognition in the parliament of several states, the Jewish minority leaders in Istanbul were pressured to actively engage Jewish parliamentarians and influential political leaders in those countries to stop the genocide recognition legislation. The Jewish minority leaders in Istanbul were ‘persuaded’ by the Turkish state to convince the Jewish lobby in the US to counteract Armenian and Greek lobbies.

But the most obvious and painful hostage incident in Turkish history relates to the perpetrators of the Armenian Genocide. When World War One ended with the defeat of Ottoman Turkey in 1918, the victorious Allies started occupying Istanbul and other regions of Turkey. In cooperation with the occupying British forces, the

new Ottoman government went after the Ittihat Terakki leaders for war crimes, crimes against humanity, and for wholesale massacre of its own Armenian citizens. Turkish and British police started rounding up dozens of Ittihat Terakki leaders and commanders, at least the ones who had not fled yet. Trials ensued in Istanbul and most of the wartime Ittihat Terakki leaders, including Talat, Enver and Cemal who had already fled, were sentenced to death in absentia. Two lesser officials who were sentenced to death were executed by hanging in Beyazid Square in Istanbul in April 1919. The Turkish public opinion was dead set against these hangings, and concerned with increased protests against them, the British decided to transport all the jailed Ittihat Terakki leaders to the British colony island of Malta in the Mediterranean, and continue the trials there. 148 Turkish leaders were interned in Malta. Almost all of them were actively involved in the massacres and deportations of Armenians from various regions of Anatolia. Some of them had amassed great fortunes with stolen property, possessions and lands left behind by the murdered or deported Armenians.

In the meantime, the Turkish resistance movement led by Mustafa Kemal in Anatolia started to gain momentum against the Istanbul government, which was regarded as a puppet regime friendly to the occupying Allied forces. Mustafa Kemal and the newly formed government in Ankara demanded the release of the Malta prisoners. The Allied forces had sent British Colonel Rawlinson to Turkey to assess the situation in Eastern Anatolia, ahead of the Sevres Peace Treaty negotiations. Rawlinson had met with Mustafa Kemal, other Turkish commanders and community leaders. He was married to the niece of Lord Curzon, who was the British Prime Minister and chief decision maker at the peace treaty negotiations. Declaring that Rawlinson is a ‘valuable catch’, Mustafa Kemal promptly decided to arrest Colonel Rawlinson in order to force the British to release the Ittihat Terakki leaders jailed in Malta. After several rounds of negotiations, the British resolve to hold on to the Malta prisoners started to weaken. The hostage taking tactic of Mustafa Kemal succeeded, as Lord Curzon finally declared that ‘one Briton is worth more than a shipload of Turks’. An exchange of prisoners was agreed and Colonel Rawlinson, along with 20 other British prisoners of war, was exchanged for the 121 Turkish prisoners of Malta at the port of Inebolu in the Black Sea in

October 1921. The freed Ittihat Terakki leaders were never tried for their war crimes nor their roles in the Armenian Genocide. In fact, most of them assumed leading positions in the new republican government as ministers and members of parliament. The state policy of hostages, denial of historic injustices and racist ultra nationalistic hatred of minorities inherited from Ittihat Terakki leaders continue today.

A Statement From AGBU Regarding Its Toronto Facility