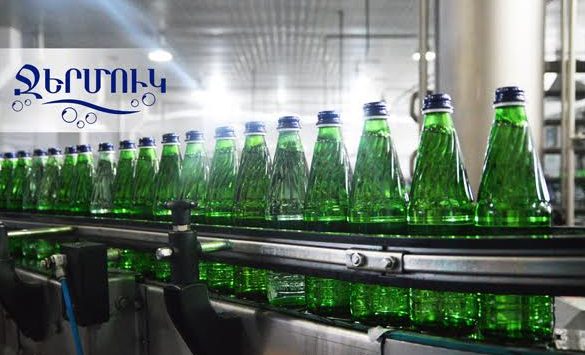 “Jermuk Group” is planning to significantly increase its export volumes. After the launch of its new factory, “Jermuk Group” increased production 4 times.

Executive Director of the company, Vahagn Arsenian said the new factory has been built from scratch during just one year with the purpose of increasing exports.

“We have to do everything to maximally increase export volumes. Our old factory was enough for domestic consumer production, but we also want to boost exports,” Arsenian said.

He said the production of Jermuk Group is being exported to more than 60 countries, however the main market is Russia. He added there is big potential to increase exports to Russia, which must be used.

In addition, the company’s production has conquered new markets with exports to China and even South Africa since 2015.

“We are now working to increase exports to the US. In terms of exports, the US is our second most important market after Russia. The main emphasis of the new factory is exports. We are currently actively engaged with China and we must significantly increase exports to that country by 2020,” Arsenian said.

Overall 500 employees are working in the factory, with the majority being Jermuk locals. Arsenian said they regularly send their employees abroad for trainings.