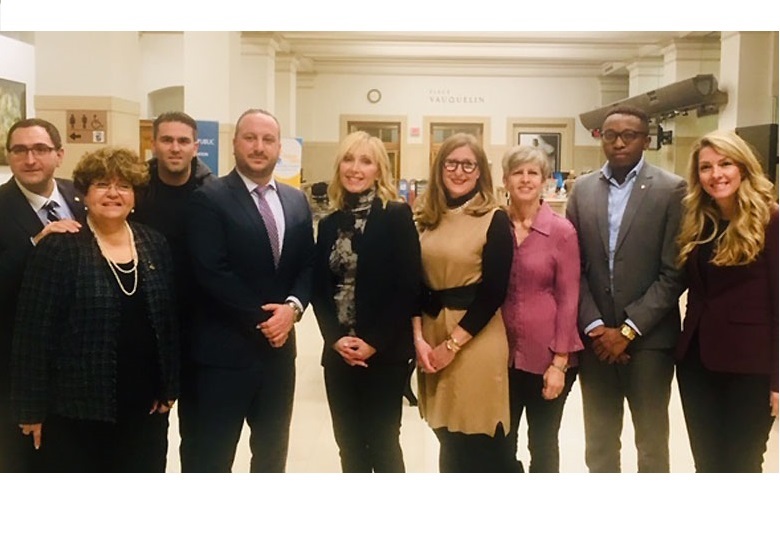 “Horizonweekly”- On Monday, November 19th, 2018 a motion was passed unanimously by Montreal City Council urging the Quebec government to adopt Genocide Education. The motion was presented by Lionel Perez, Leader of the Official Opposition of the City of Montreal, who thanked all the different community organizations in keeping the memory of genocides alive and engraving their teachings in the minds of future generations. It was seconded by Mary Deros, City Councillor for Park-Extension, who rose in the municipal chamber and spoke of the horrors her family went through during the Armenian Genocide.

A copy of the resolution will be sent to the members of the National Assembly of Quebec requesting a study from the Quebec government on the relevance of including a class on the history of genocides in Quebec’s educational curriculum.

Present during the motion on behalf of ANC Quebec were (pictured) Hrag Jinjinian, Garo Badouhassian alongside members of the Jewish and Rwandan communities, who make up the Foundation for Genocide Education. Also pictured are Montreal City Councillors Francesco Miele, Mary Deros and Effie Giannou.