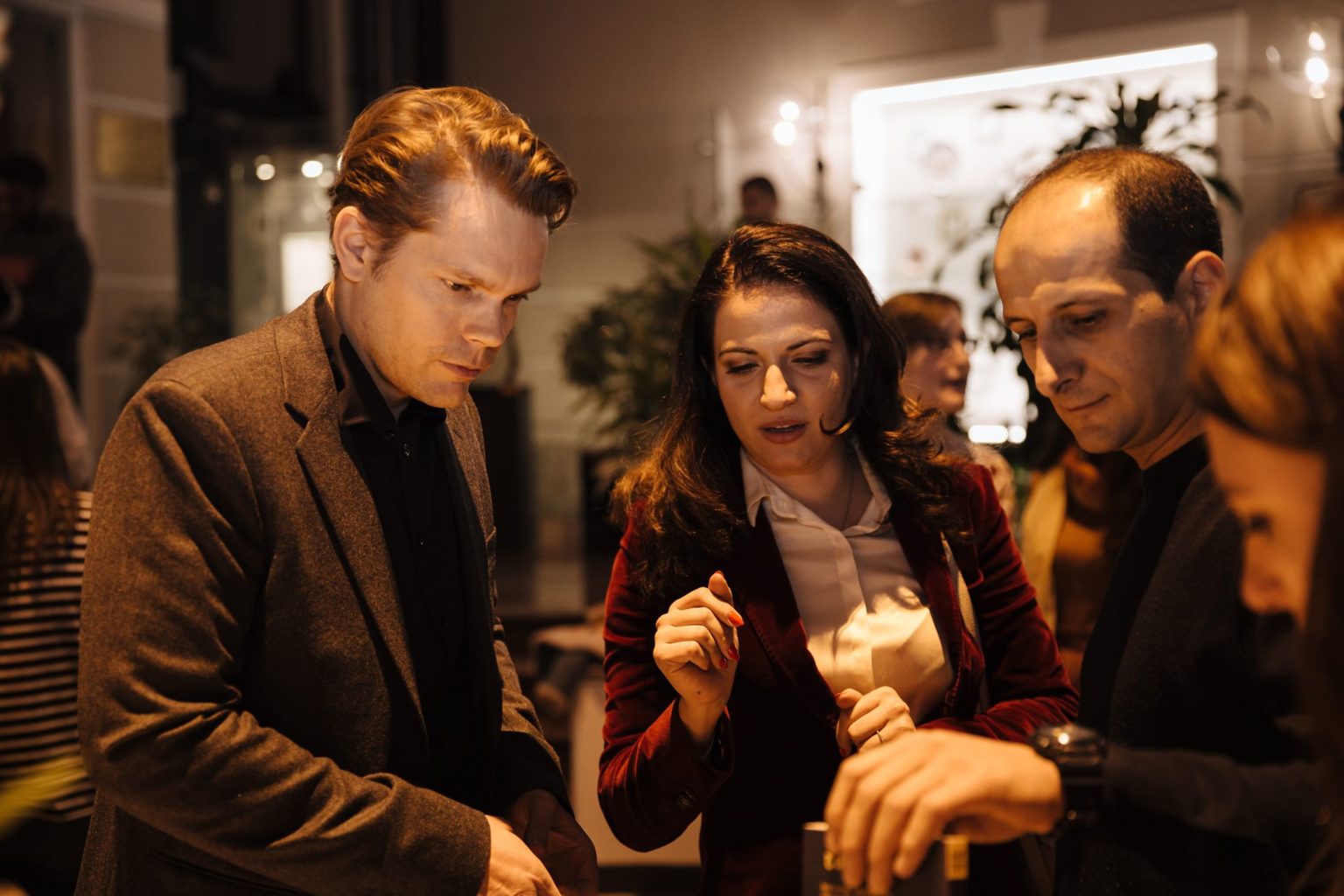 (Armradio),- Two children’s books telling about the legendary Charles Aznavour and Armenian Genocide survivor Arshaluys (Aurora) Mardiganian were presented to the public today. The books are part of the “My Little Book” series initiated by comics-producing company HY Pictures.

Attending the event were the co-founder of the Aznavour Foundation Nicolas Aznavour and the Foundation’s Executive Director Kristina Aznavour .

The book “Charles” tells about the legendary French-Armenian artist Charles Aznavour. The idea for this book came last year when Nicolas and Kristina Aznavours got acquainted with the first books in the “My Little Book” series at the Dilijan Christmas Fair. The first books were about singer Lusine Zakaryan and astrophysicist Victor Ambartsumian.

“We are very pleased that the publishing house has developed the initiative and has also published brochures about Charles Aznavour and Aurora Mardiganyan. Our son, who is one and a half years old, will soon be able to explore his grandfather’s path through this colorful book,” said Nicolas Aznavour.

“I think it is very important for children to have inspirational examples from an early age – heroes whose path and achievements can be the right landmarks. All these people in the brochures are examples of this. Charles Aznavour’s life story will also allow children to see and believe that the strong will, talent, diligence and desire to pursue their dreams can make the dreams come true,” Kristina Sarkissian said, in turn.

She said the mission of the Aznavour Foundation is to preserve and disseminate Charles Aznavour’s cultural and humanistic heritage, and such initiatives directly contribute to the fulfillment of that mission.

“We like the illustrations and content of the booklet, and plan to collaborate with the book creation team to make it accessible to children in other countries to ensure that the life story of Charles Aznavour inspires as many children as possible around the world,” she added.

The book “Charles” features episodes from the singer’s childhood and his first steps in the youth theater. It also presents scenes from film shootings and a meeting with Edith Piaf, which became a turning point in Aznavour’s life. Little readers will get to know Charles as a little boy who was able to overcome many difficulties and become a famous artist and great benefactor.

The “Aurora” book is about Arshaluys Mardiganian, a survivor of the genocide who was destined to become the first Armenian film star in Hollywood silent cinema. The fate of Aurora was not an easy one, and the book’s authors do not shy away from talking to a small reader in an accessible language about loss and difficulty. The book’s heroes will inspire the little reader to overcome difficulties with their boldness and unwavering will. The “Aznavour” and “Aurora” books in Armenian