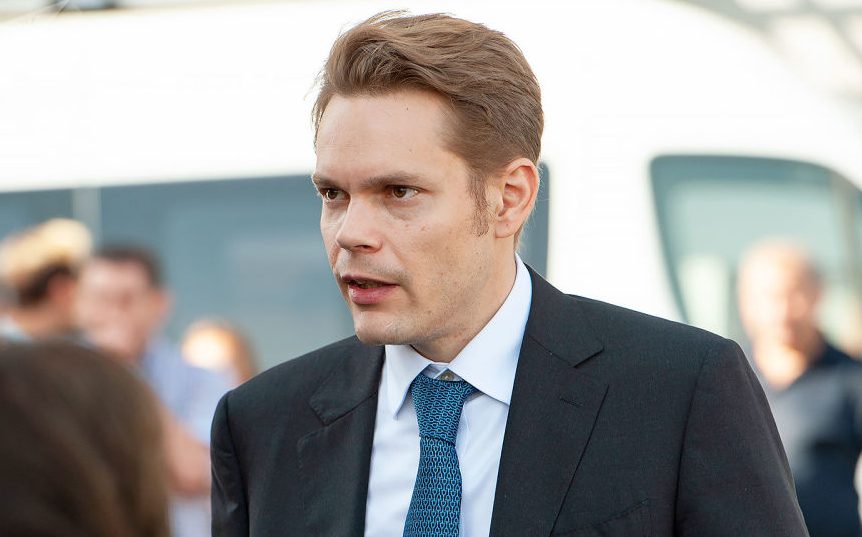 (News)- Nicolas Aznavour, one of the sons of the legendary French Armenian artist, the late Charles Aznavour, was in Moscow. And he told the Russian-Armenian Information Agency  why he has decided to move to Armenia, and how he feels in his ancestral homeland.

Nicolas, who grew up in Switzerland, has been in Armenia numerous times. But it was this year that he made his final decision to move to the country.

“I love Yerevan, I like it, it’s comfortable there,” Nicolas Aznavour said regarding the capital city of Armenia.

But the main difficulty which he has faced in Armenia is his not knowing the Armenian language.

“Now I’m actively learning Armenian,” he said. “However, the Armenian language is very complicated, but I’m managing to speak [it] little by little. [And] by living in Yerevan, I can accelerate my [Armenian-language] learning.”

“I’m Armenian, and that’s not a subject for discussion,” added Nicolas Aznavour, who has Swedish roots from his mother’s side. “Perhaps, I don’t look like an Armenian in appearance, but there is a saying in French: ‘The clothes you wear don’t make you who you are;’ it truly is so.”

Armenian President: I am glad to see Armenian scientists at "DESY"

Erdogan Denied the Armenian Genocide During the G20 Summit