Pashinian To Run For Yerevan Mayor 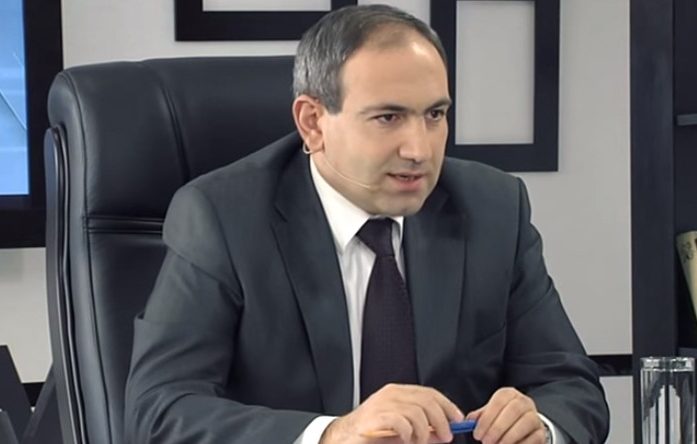 Voters in the Armenian capital will go to the polls on May 14 to elect a new municipal council that will in turn choose the city mayor. The current Yerevan council is controlled by the ruling Republican Party of Armenia (HHK). It installed Markarian as mayor in 2011.

The HHK’s governing board headed by President Serzh Sarkisian decided to nominate Markarian for reelection late on Thursday. Accordingly, the 38-year-old mayor will top the list of HHK candidates in the ballot. The party spokesman, Eduard Sharmazanov, said Markarian has achieved “quite spectacular” results during his tenure.

“Our goal in these elections is to achieve victory,” Pashinian told RFE/RL’s Armenian service (Azatutyun.am) after announcing his mayoral candidacy and Yelk’s broader electoral list outside the municipal administration building.

“Yelk is determined to give Yerevan residents an opportunity to elect a mayor who will serve their interests and will not use his position to earn millions of dollars,” said the outspoken oppositionist.

Yelk came in a distant third in Armenia’s latest parliamentary elections held on April 2, garnering about 8 percent of the vote. The bloc got roughly 14 percent in Yerevan, according to the Central Election Commission (CEC).

Pashinian, 41, said Yelk hopes to make a stronger showing in the capital on May 14. He criticized Markarian’s track record, singling out the poor state of public transportation.

None of the other major Armenian parties and alliances clarified as of Friday afternoon whether they will participate in the municipal vote. They included businessman Gagik Tsarukian’s bloc which finished second in the parliamentary elections.

Election contenders have to apply to the CEC for registration by Sunday evening.

Cyprus Parliament Calls for International Recognition of the Armenian Genocide