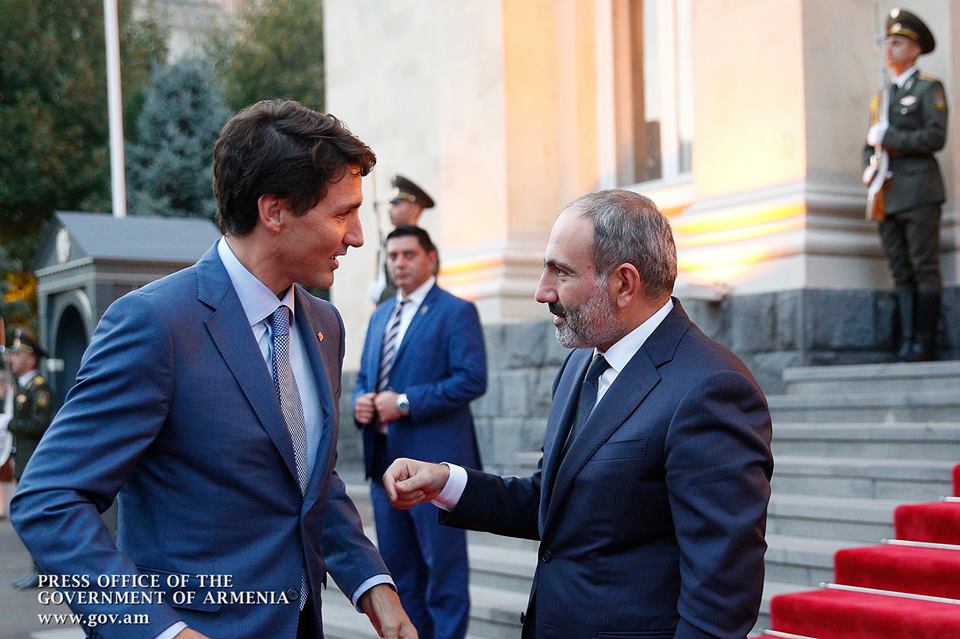 During the meetings, the sides discussed a wide range of issues from domestic policy to regional and international challenges.

Armenian Prime Minister highlighted that the parties have a common view on many issues.

“The Prime Minister of Canada is well informed about the developments in Armenia,” Pashinyan said, reiterating that Armenia is on the path of democracy.

Hailing the work of the Canadian Prime Minister, Nikol Pashinyan said that he considers Trudeau not only a friend of Armenia and the Armenian people, but his friend personally.

Justin Trudeau highly appreciated the work on the Francophonie summit and the warm welcome in Yerevan. He confirmed that he came to Armenia in the 1980s with his father and brothers.

The Prime Minister touched upon the role of the 60-thousand strong Armenian community of Canada.

“They enrich the palette, confirming the fact that diversity is the strength of Canada,” the premier said.

Trudeau also highlighted the need to facilitate the journey of citizens.

“We decided to make it easier to travel from Canada to Armenia. It now takes 21 hours to fly from Ottawa to Yerevan. ”