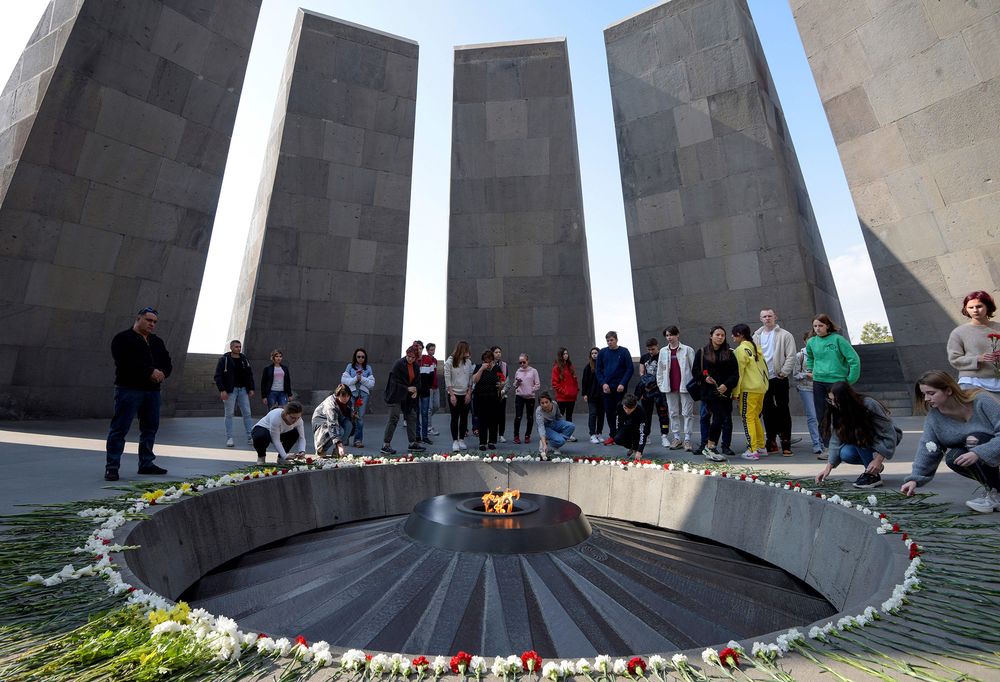 Washington (AFP)- President Donald Trump’s administration said Tuesday it does not consider the mass killings of Armenians in 1915 to be genocide, seeking to placate Turkey which was angered that the US Congress recognized it as such.

“The position of the administration has not changed” after the votes by Congress, State Department spokeswoman Morgan Ortagus said in a terse statement.

“Our views are reflected in the president’s definitive statement on this issue from last April,” she said.

In the statement on the mass killings’ anniversary, Trump said the United States honored victims of “one of the worst mass atrocities of the 20th century” but did not use the word genocide.

He instead encouraged Armenians and Turks to “acknowledge and reckon with their painful history.”

Armenia says that 1.5 million were killed in an effort to wipe out the Christian ethnic group in the waning days of the Ottoman Empire, the forerunner of modern-day Turkey.

Turkey puts the number far lower and adamantly rejects the term genocide, saying that Turks also died in what it considers fighting as part of First World War.

Turkey last week summoned the US ambassador to Ankara, David Satterfield after the Senate followed the House of Representatives in recognizing the killings as genocide.

The Senate and House resolutions, both passed overwhelmingly, said it was the policy of the United States “to commemorate the Armenian genocide through official recognition and remembrance.”

But the so-called simple resolutions, unlike laws passed by Congress, do not have the force of law or require the president’s signature, meaning that the administration still has significant leeway in how to proceed.

Allies of Trump had initially tried to block the resolutions in Congress in hopes of preserving relations with Turkish President Recep Tayyip Erdogan.

During a meeting in Washington last month, Trump said he was a “big fan” of Erdogan despite wide criticism in Congress over his human rights record and his incursion into Syria to fight Kurdish fighters formerly allied with Washington.

Trump has also held off on sanctions urged by Congress over the NATO ally’s purchase of Russia’s S-400 missile defense system.

Previous presidents have also struggled with how to address the events of 1915, with the Armenian-American community pushing hard for genocide recognition.

Barack Obama as a candidate promised to recognize the genocide but after his election did not use the word, instead of saying that he stood by his pre-White House views.