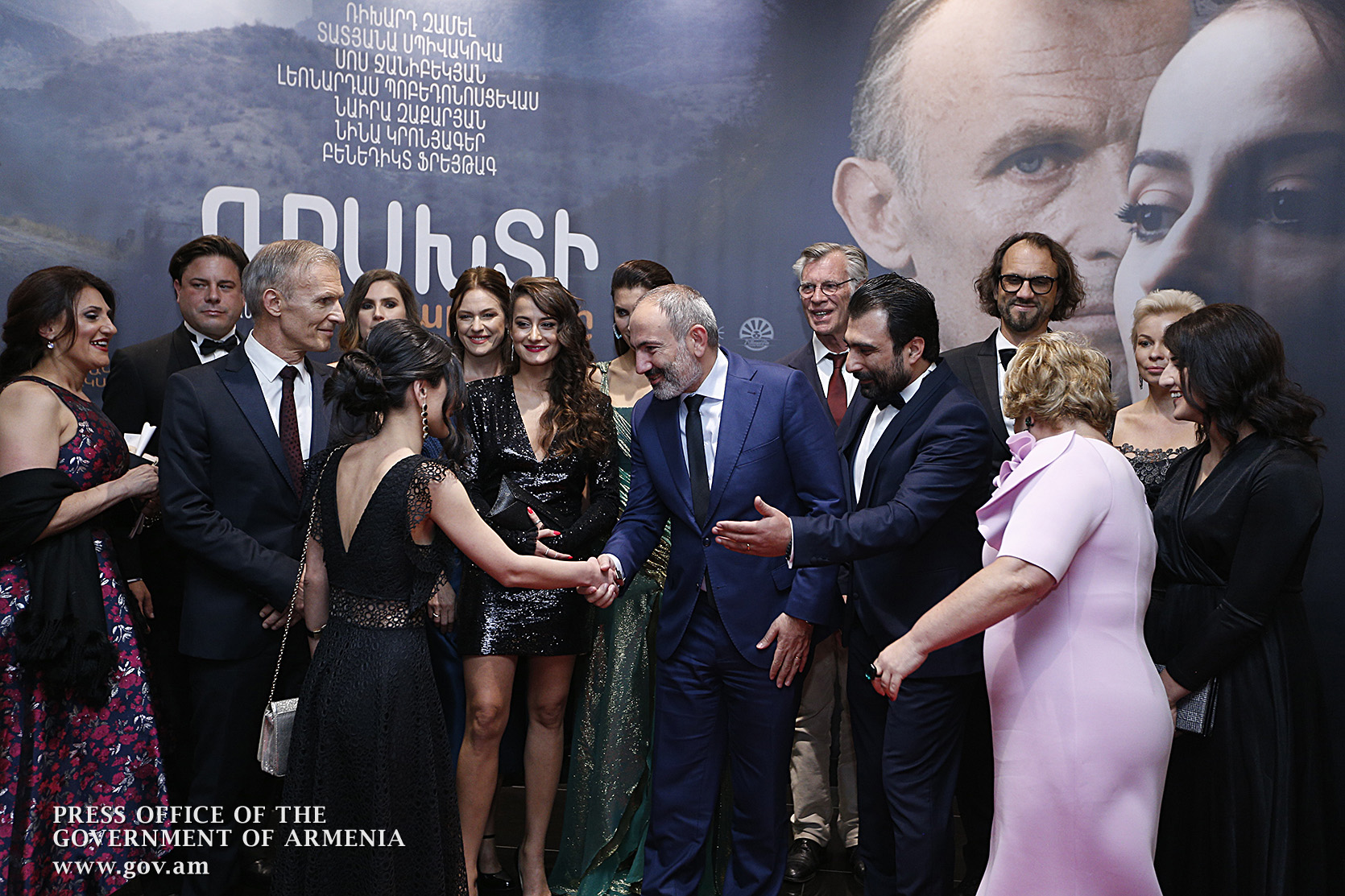 Pashinyan congratulates the actors during the premiere of “Gate To Heaven” in Yerevan, October 17

Prime Minister Nikol Pashinyan attended the premiere of “Gate to Heaven,” a drama film about Artsakh, which centers on the April War of 2016.

The cast features both international stars and well-known Armenian actors. After the Yerevan premiere, the “Gate to Heaven” will be screened in Artsakh.

“Gate to Heaven” centers on Robert Stenvall, a European journalist, who returns to Artsakh in 2016 to cover the war, which resumed after a shaky 22-year-ceasefire. During his time in Artsakh, Stenvall meets Sophia Martirosyan a young Opera singer and daughter of a missing photojournalist Edgar Martirosyan whom Robert left behind in captivity in the village during the fall of Talish in 1992.