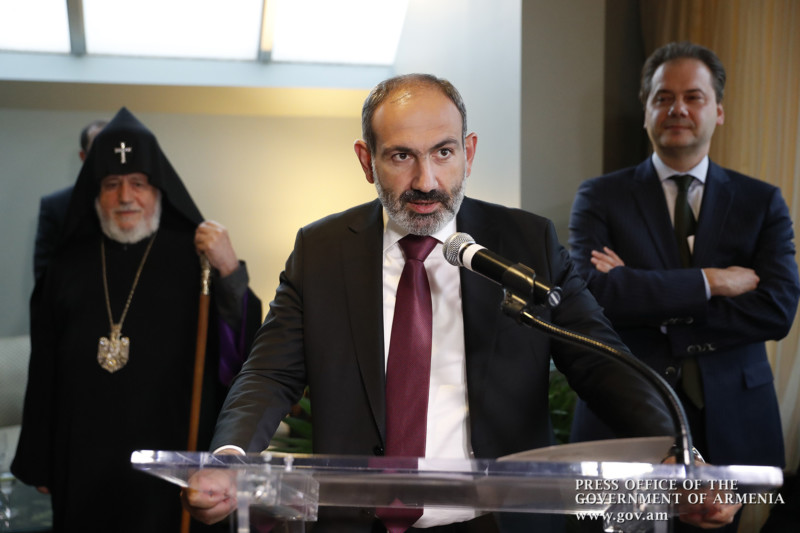 Prime Minister Nikol Pashinyan and His Holiness Karekin II, Supreme Patriarch and Catholicos of All Armenia, visited an exhibition on Armenia at the metropolitan museum of Art in New York.

Representing the cultural heritage of Armenia, most of the works come from major Armenian collections: the Mother See of Holy Etchmiadzin; the Matenadaran (Ancient Manuscripts); the National History Museum in the Republic of Armenia; the Catholicosate of the Great House of Cilicia in Lebanon; the Brotherhood of St. James in Jerusalem; and the Mekhitarist Congregation of San Lazzaro degli Armeni in Venice.

Almost all of these works are on view in the United States for the first time; some have not traveled abroad for centuries.

Armenian youth showed the power of their voice for progressing democracy – UN Gen.-Sec.