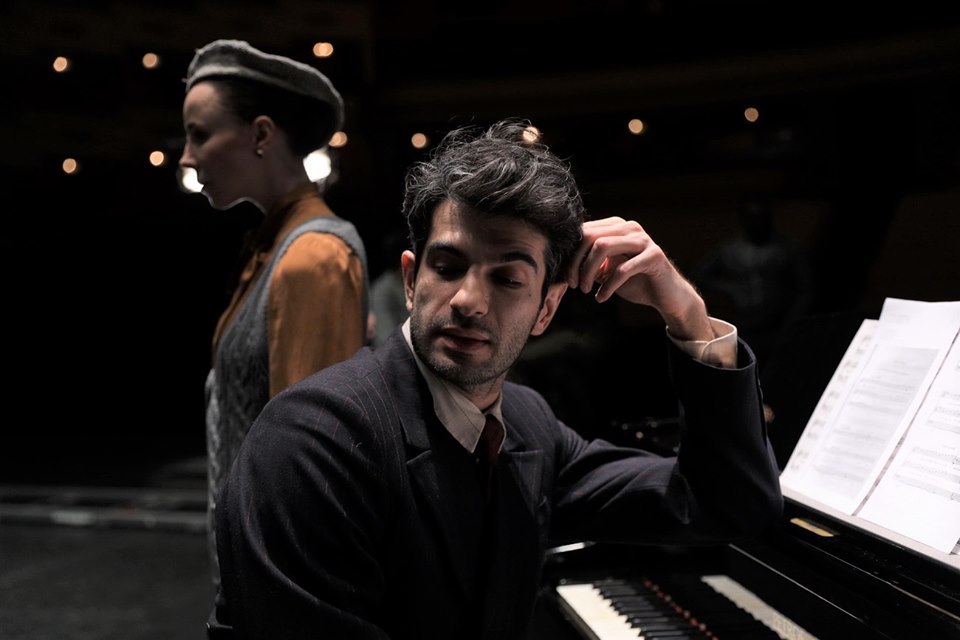 This year Pomegranate Film Festival, that will run from November 13th-17th in three theatres in Toronto, will highlight Armenian cultural icons such as Aram Khachaturian, Komitas and Grigor Narekatsi, alongside films focusing on Armenia’s prevailing optimistic mood after 2018 Velvet Revolution.

Lovers of music will delight in the historical film, Sabre Dance, directed by Yusup Razykov and produced by Ruben Dishdishyan (The Cut). This cinematic film takes us on a journey to Russia in 1942, where the Leningrad Academic Theatre of Opera and Ballet was preparing for Khachaturian’s ballet Gayane. Under the close watch of Soviet authorities, Khachaturian created his famed Sabre Dance in under eight hours as an ode to his Armenian heritage. This piece of music would become one of the most performed melodies in history. Ambarstum Kabanyan delivers a powerful role as the brilliant composer, who kept his connections to his Armenian roots while navigating the harsh political climate of the Soviet Union.

A private screening of Komitas will also be presented. Arman Nshanyan’s film stars Samvel Tadevosian as the lead role, who is known for his past films, Gyank ou Griv and Bravo Virtuoso. Inspired by true events, the film centres around a childhood friendship, spanning from the years 1881 until 1915, when Komitas performed his last concert.

Erken Kisher (Lengthy Night), directed by Edgar Baghdasaryan, is the Armenian selection for Best Foreign Film at the upcoming Academy Awards. The film consists of three chapters, all independent stories, evolving in an inverted chronology to the time of the famed medieval poet Grigor Narekatsi. This feature won Best Film of the Year at the Anahit National Awards in Armenia, starring well-known actors Luiza Nersisyan, Samvel Grigoryan, Narine Grigoryan, and Shant Hovhannisyan.

The “Armenia Now” segment of films showcases the remarkable lives of today’s Armenians. Hakob Manukyan’s Light, Shadow, Darkness, is a moving documentary about the Choir of the Armenian Association of the Blind; Emily Mkrtichian’s Motherland looks at the lives of women miners in Artsakh; Nvard Hovannisyan’s Her Revolution is told from the perspective of Anna Hakobyan – spouse of Nigol Pashinyan – about last year’s Velvet Revolution; Arman Harutyunyan’s December follows the brave political campaigns of two candidates in Armenia; Lilit Movsisyan’s The Trial centers on workers building a church and their tribulations; while Carla Kekejian’s Harsneren: Language of the Armenian Bride is about the tradition of married women’s gesture-based signing language in Armenia.

The Pomegranate Film Festival is also excited to launch its first screening at the Grand Gerrard Theatre, located in Toronto’s east end and operated in part by Armenian filmmaker Kalen Artinian.

The moving feature, Coming Home, by Darya Shumakova, has been selected as the Festival’s opening film. The story centres around one Armenian family and a child grappling with his father’s return after war.

The festival is also looking forward to have its second POM youth initiative. ARS Lapoyan High School students will have the opportunity to attend filmmaking workshops and produce their own films culminating with their films being screened at the Festival.

This author has not supplied a bio yet.