Proceeds from ‘The Promise’ will create human rights institute at UCLA 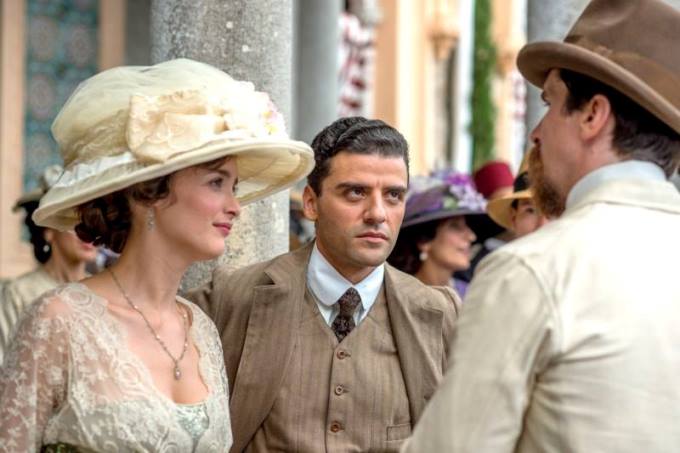 $20 million of proceeds from the upcoming Armenian Genocide movie “The Promise” will be used to create a new institute within UCLA’s law school, The Los Angeles Daily News reports.

The Promise Institute for Human Rights “will put our law school and this university at the forefront of human rights education and advocacy,” said Jennifer L. Mnookin, dean of the law school in announcing the institute Monday. The $20 million is the largest donation the law school has ever received to create an institute, Mnookin said.

“We hope that by moving out of the darkness that is the Armenian Genocide, we can move to the future and really lead through education, research, advocacy and scholarship in the realm of human rights,” said Dr. Eric Esrailian, a co-producer of “The Promise” and co-chief of the Division of Digestive Diseases at UCLA’s medical school.

UCLA law professor Asli Bali will be the first faculty director for the new institute.

The announcement at law school conference on human rights came a week before Genocide Remembrance Day on April 24, when members of the Armenian diaspora commemorate the victims of the Armenian Genocide of 1915.

“My great-grandparents were genocide survivors, so the story of the Armenian Genocide is personal for my family,” Esrailian said after the public remarks at UCLA Monday.

It was philanthropist and billionaire Kirk Kerkorian, who died in 2015, who envisioned the movie and got Esrailian involved, Esrailian said. They spent two years researching the Genocide and governments’ efforts, including by the United States, he said, to suppress a movie being made about the event, before forming a production company to make the movie. Kerkorian didn’t live to see the filming, but he did see the creation of the story.

Kerkorian wanted the film to be epic, and a love story, on the scale of classics like “Dr. Zhivago,” Esrailian said. “He didn’t want it to be a history lesson or for it to be preachy,” he said. “Unlike the general awareness of the Holocaust, there is a lack of general awareness about the Armenian Genocide. … We wanted also it to appeal to everybody, not just Armenians, of course.”

The story centers around a love triangle: Christian Bale plays an American photojournalist who comes to Constantinople at the eve of World War I and the Genocide and falls for an Armenian artist played by Charlotte Le Bon. At the same time, an Armenian medical student, played by Oscar Isaac, also falls in love with Le Bon’s character. Terry George, director and co-writer for “Hotel Rwanda,” directed and co-wrote “The Promise.”

“Hopefully, from this story, people will be moved and feel a desire to go and learn more,” Esrailian said. “Ironically, if you look at this modern world, it’s equally barbaric to the world of 102 years ago.”

The same tools are being used now as then to target certain groups: marginalization, fear, forced migration and violence. Adolf Hitler drew on the tactics of the Armenian Genocide, Esrailian said. Later examples came in Bosnia, South Sudan, Cambodia and Rwanda.

“Armenians are not just focused on our own history,” he added. “We want people to learn from our history so that others can benefit from that knowledge.”