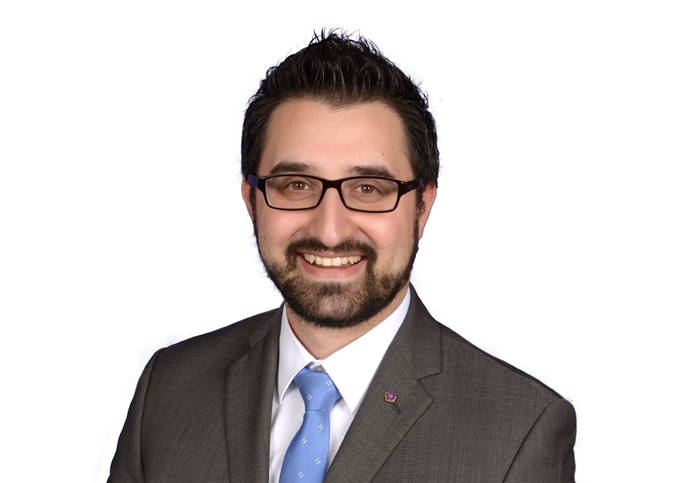 TORONTO, Canada—On June 28, the A.R.S. Armenian Private School announced the appointment of Raffi Sarkissian as Principal of the school.

Dr. Armen Martirossian, who had served as the school’s Principal for several years, recently resigned for personal reasons. “[Dr. Martirossian] has graciously offered his support and guidance over the summer as the

Board of Trustees and School Administration prepare for the next academic year. We look forward to working with him during this transition period. We would like to thank Baron Armen for his years of dedicated service to our school and look forward to celebrating his achievements at a farewell reception,” read a part of the statement released by the school.

Sarkissian is a proud A.R.S. Armenian Private School alumnus (class of 1997). He earned a B.A. Honors in History (2006) from York University, a Bachelor of Education from Trent University (2008), and a Master of Education (2012) from York University. He holds full Principal’s Qualifications and Ontario College of Teachers’ certifications in the primary, intermediate and senior divisions. He has worked at A.R.S. Armenian Private School since 2008, first as a humanities and social sciences teacher and guidance counselor at A.R.S. High School (2008‐2011), followed by six years as the Vice Principal of the junior school (2011‐2017).

Sarkissian, a frequent contributor to the Armenian Weekly, has conducted extensive research in Genocide and Human Rights Education and is the founder and former chair of the Sara Corning Centre for Genocide Education. He has co‐authored a collection of poems titled “The Reflecting Crane” (Խոկացող Կռունկը) and has contributed a chapter titled The Benefits and Challenges of Genocide Education: A Case Study of the Armenian Genocide in the book “Understanding Atrocities: Remembering, Representing and Teaching Genocide” published by the University of Calgary Press.

The A.R.S. Armenian Private School is the largest co-educational, Armenian-Canadian bilingual and bicultural day school in Ontario, teaching to students from Preschool through to Grade 12.The Armenian language, cultural and religious studies are weaved into the general curriculum in adherence with the Ontario Ministry of Education guidelines. With over 600 students strong, A.R.S. is an intimate school where students form positive bonds not only with each other and their teachers, but with the entire school community..