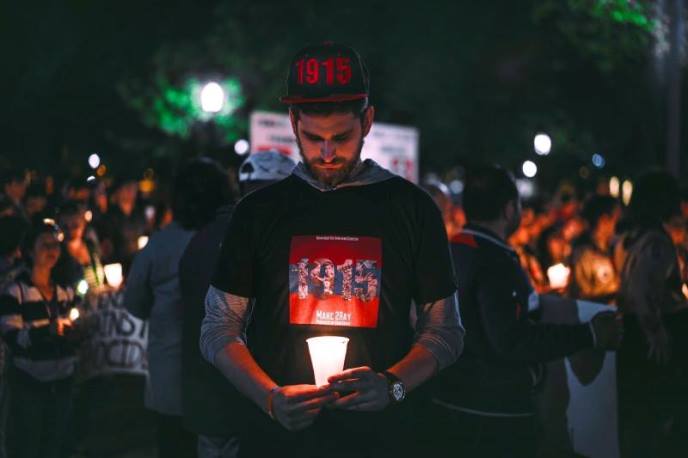 The Armenian Genocide was the first genocide of the 20th Century, and Marc weaves a connection between that event and the Holocaust along with other global genocides of the past. Prior to the release of the video, “1915” has been used in multiple high school and college settings to educate those about the Armenian Genocide. For over a century, the Turkish government has sought to silence those who bring up the event but Marc 2Ray has found support in moving his vision of educating the masses of the tragedy forward.

“We are proud to support Marc’s innovative approach in spreading the word about the state-sponsored genocide that befell the Armenian, Greek, and Assyrian/Chaldean/Syriac people over a century ago in the Ottoman Turkish Empire,” said ANCA Eastern Region Board Member Armen Sahakyan.

”The release of the song is very timely in raising awareness not only about the three million innocent victims of the first modern case of genocide, but also of what is happening today to the Yezidi, Christian, and other minority groups in the Middle East at the hands of Daesh (the so-called Islamic State or IS). For humanity’s sake, it is crucial in stopping the ongoing vicious cycle of genocide, which begins with the truthful acknowledgment of facts and ends with the service of full justice.”

Marc is a grandson of a Genocide survivor and has spoken in area high schools and given a number of interviews describing his link to a nearly-forgotten page of history.

The video was directed by John Abarca.